The federal government has been warned if it doesn’t address issues raised by the Academic Staff Union of Universities (ASUU) now, the association will not accept pleas from Nigerians to shelve the impending strike. 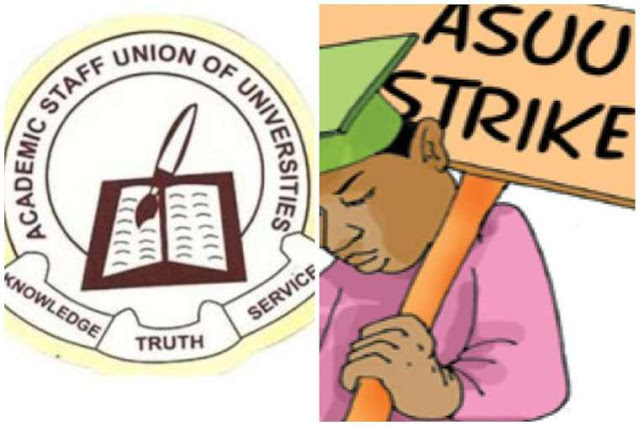 ASUU Yola zone, Adamawa State made the statement during a press conference at the NUJ secretariat in Yola on Friday.

It said Nigerians should blame the Federal Government for its failure to comply with the renegotiation of the 2009 agreement.

The ASUU Yola Zonal Coordinator, Comrade Reuben Jonathan, said the Zone convened at the Modibbo Adama University in Yola on Thursday and reviewed the Memorandum of Action (MoA) entered into with the Federal Government on December 23rd, 2020, after prolonged strike action by the union.

Reuben said ASUU was displeased with nonchalant attitudes displayed by government functionaries even after countless calls to address the issues in dispute.

“Recall that in our previous press conference here in Yola on September 15th, 2021, we briefed you on the Government’s refusal and foot-dragging in implementing the said Agreement. Since then, nothing has been done by the Government to address the issues besides propaganda and blackmail.

”The issues remain: Renegotiation of the 2009 Agreement and all efforts by the Speaker of the House of Representatives and the promise made to address the issue of Renegotiation have not yielded any result so far.

“The refusal of the Government to address the issue of Renegotiation has left us on the same salary for 12 years even as the Government has reviewed the minimum wage twice,” Reuben said.

On other failures of the Federal Government which ASUU holds responsible for their consideration for strike action, Reuben said, “On Earned Academic Allowances (EAA), the entitlement was to be paid at the latest in May and June 2021, but as of this moment, nothing has been released to that effect.

“Recall that our union has developed a robust and dynamic system known as the University Transparency and Accountability Solution (UTAS) which is a better alternative to the pro-corruption Integrated Payroll and Personnel Information System (IPPIS).

“UTAS has been subjected to and passed all the integrity tests without any shortcomings, but beneficiaries of corruption-laden IPPIS have continued to ensure that UTAS does not see the light of day, thereby subjecting our members to hardship.”