Wikileaks editor-in-chief Kristinn Hrafnsson said in a statement: “Julian’s life is once more under grave threat, and so is the right of journalists to publish material that governments and corporations find inconvenient. 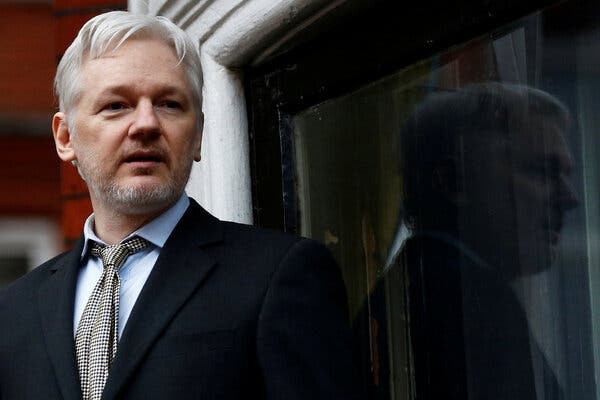 Wikileaks founder Julian Assange can be extradited from the UK to the US, the High Court has ruled.

The US won its appeal against a January UK court ruling that he could not be extradited due to concerns over his mental health.

Judges were reassured by the US promises to reduce the risk of suicide. His fiancee said they intended to appeal.

Mr. Assange is wanted in the US over the publication of thousands of classified documents in 2010 and 2011.

Senior judges found the lower judge had based her decision in January on the risk of Mr Assange being held in highly restrictive prison conditions if extradited.

However, the US authorities later gave assurances that he would not face those strictest measures unless he committed an act in the future that merited them.

Giving the judgment, Lord Chief Justice Lord Burnett said: “That risk is in our judgment excluded by the assurances which are offered.

“It follows that we are satisfied that, if the assurances had been before the judge, she would have answered the relevant question differently.”

Mr. Assange’s fiancee Stella Moris called the ruling “dangerous and misguided”, adding that the US assurances were “inherently unreliable”.

In an emotional statement outside the court, Ms Moris said: “For the past… two years and a half, Julian has remained in Belmarsh prison, and in fact he has been detained since 7 December 2010 in one form or another, 11 years. For how long can this go on?”

Wikileaks editor-in-chief Kristinn Hrafnsson said in a statement: “Julian’s life is once more under grave threat, and so is the right of journalists to publish material that governments and corporations find inconvenient.

“This is about the right of a free press to publish without being threatened by a bullying superpower.”

Judges ordered the case must return to Westminster Magistrates’ Court for a district judge to formally send it to Home Secretary Priti Patel.

Mr. Assange’s legal team – Birnberg Peirce Solicitors – said any appeal to the Supreme Court would relate to the question of assurances, rather than on issues such as free speech or “the political motivation of the US extradition request”.

Two of the country’s most senior judges have concluded there is nothing in law to stop the UK sending Julian Assange to America.

In line with previous cases, the Lord Chief Justice and Lord Justice Holroyde ruled that when the US administration gives a promise to the UK of fair and humane treatment of a detainee, its word should not be doubted.

Team Assange are likely to try to reverse this judgment in two ways. First, they want to challenge last January’s findings that his leaks amounted to an alleged crime – but it is not clear if such an appeal would be heard.

Second, they may ask the Supreme Court to examine today’s judgment on the US’s diplomatic assurances – but there is no guarantee it will take the case because they would have to argue that there is a fundamental problem with the law – which has never been the case in the past. And so time may be running out.

The US had offered four assurances, including that Mr. Assange would not be subject to solitary confinement pre or post-trial or detained at the ADX Florence Supermax jail – a maximum-security prison in Colorado – if extradited.

Lawyers for the US said he would be allowed to transfer to Australia to serve any prison sentence he may be given closer to home.

And they argued Mr. Assange’s mental illness “does not even come close” to being severe enough to prevent him from being extradited.

But lawyers representing Mr. Assange argued the assurances over his future treatment were “meaningless” and “vague”.

If convicted in the US, Mr. Assange, 50, faces a possible penalty of up to 175 years in jail, his lawyers have said. However, the US government said the sentence was more likely to be between four and six years.

Mr. Assange faces an 18-count indictment from the US government, accusing him of conspiring to hack into US military databases to acquire sensitive secret information relating to the Afghanistan and Iraq wars, which was then published on the Wikileaks website.