Ahead of the 2023 general election, former President Olusegun Obasanjo has appealed to the Ooni of Ife, Oba Adeyeye Ogunwusi, not to endorse any political aspirant contesting for any public office during the elections. 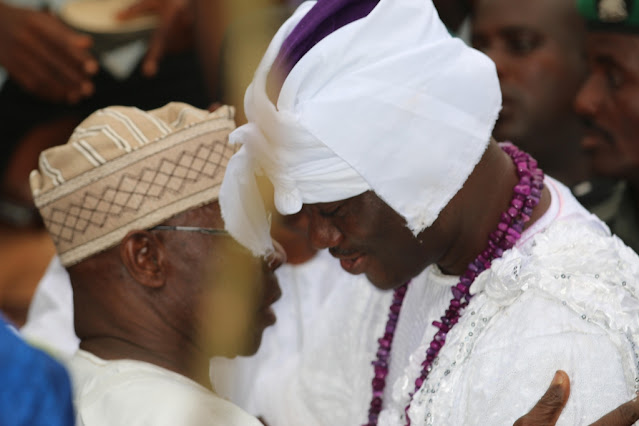 The former President made the appeal at an event held at the palace of the Ooni on Saturday, December 11.

Speaking on the 2023 elections, the former president said as a father to all, politicians will approach the monarch for support, but the best he should do is to “pray for such a person and let him go”.

“All the sons and daughters of Yorubaland, no matter where they are or their standpoint, will come to meet you. This is expected because you are the father of all.

Don’t direct Yoruba people to support any aspirant, as we don’t all go in the same direction, which is part of our strength in Yorubaland” he said