Officials of the Nigerian police force arrived at the home of producer, Olukotan Alan to arrest him after they received a distress call from his female tenant. 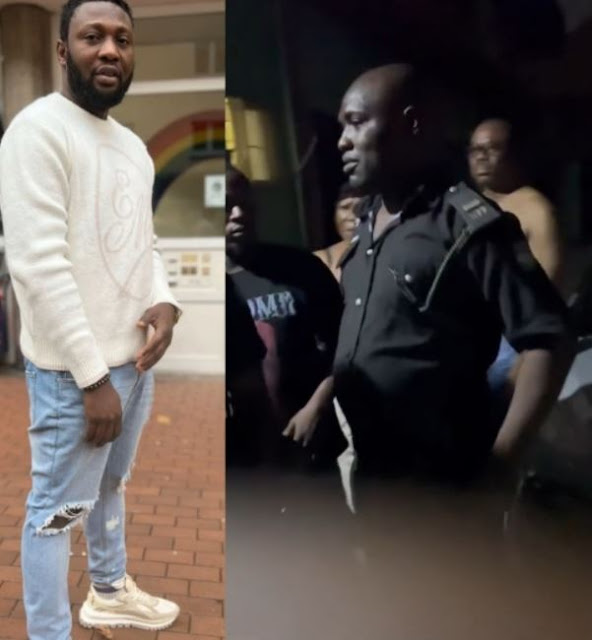 Olukotan took to Instagram to lament while positing a video of his arrest.

He said the female tenant disrespected his mother and he set her ”straight” so she called the police on him.

He objected to being arrested and asked why the person who reported to the police first should be considered the innocent party. But the police insisted he must follow them to the station when they visited his home last night.

Olukotan, who recently welcomed a son with his wife, actress Olaide Oyedeji, posted a video of his arrest on Instagram, lamenting the incident.