A photo of a ten-year-old girl who is heavily pregnant has surfaced on the internet and caused so much buzz. 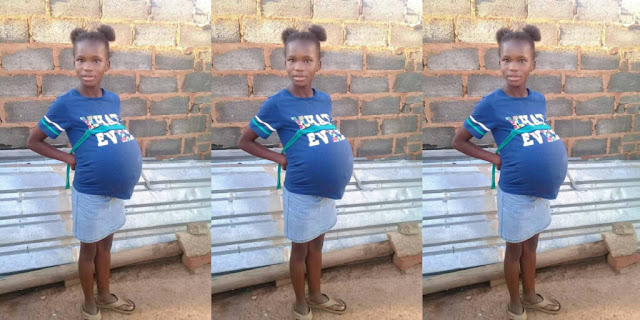 Sources say the unnamed girl who is from Soweto, South Africa is in the last trimester of her pregnancy and could be ushered into the labour ward soon.

The development has caused much hubbub as people wonder the direction the world is heading towards with this strange report. See the photo below;