SHARE
Two young men have squared it up openly over a misunderstanding as captured in a video attached to this report. 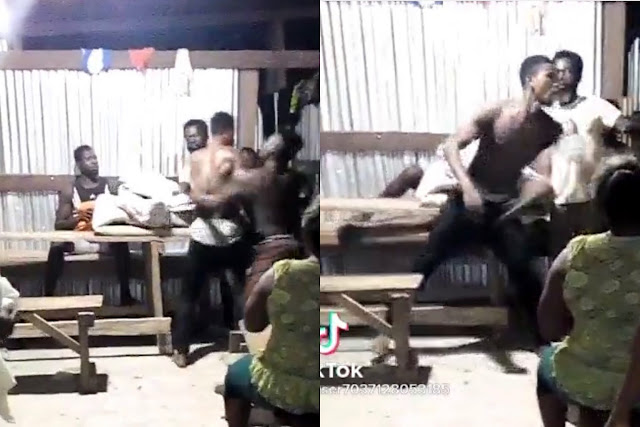 It’s not clear what triggered the fight but it seems those who were present when the guys exchanged the fisticuff were interested in the short drama they served them hence did not interfere at all.
With a beautiful orange seller being one of the eyewitnesses, some netizens presumed she was the catalyst for what transpired between the two friends.
The shorter of the two men had the edge in the duel as he landed a heavy uppercut on the chin of his opponent that nearly floored him.
Fortunately, one tall guy from nowhere emerged at the scene and separated them to forestall any calamity.
Watch the video below;