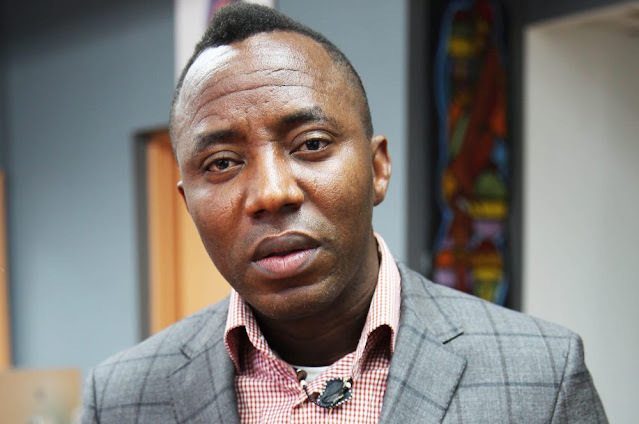 On Wednesday December 15, FEC approved a 20% increase for police officers.

Reacting to this development, Sowore said police officers got their salaries raised because protesters fought for them. He said despite their help, policemen still ”assault peaceful protesters.”

“In October 2020, an #EndSARS revolt visited Nigeria against Nigeria Police Force’s brutality, the same police were deployed alongside soldiers brutally to put down the rebellion.

Many protesters were killed and maimed by policemen across Nigeria, some protesters are still languishing in detention as I write.

Today, I was part of a peaceful #NorthIsBleeding protest to ask for the lawful protection of lives and property in the northern parts of Nigeria.

Five protesters are being held at the notorious ‘Abbattoir’ police cell in Apo area of the FCT.

I am telling this story because the brutal and inhuman Nigerian police force is today a beneficiary of the labour and sweat of the very victims of their vicious policing tactics. They got a salary raise because we fought for them, but look at the way they treat us on a daily basis! #RevolutionNow.” 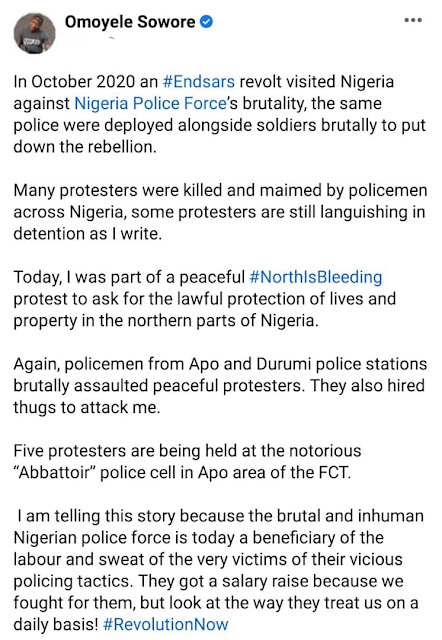