The woman who executed the jaw-dropping feat during what looks like an audition in a reality show put up the out-of-the-box performance by employing her boobs as the main tool. 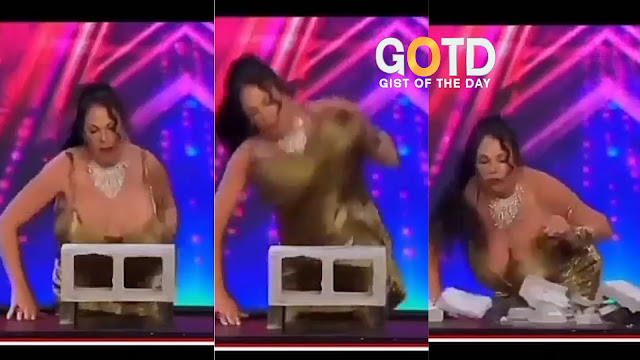 The woman who looks much older started rolling her breasts clockwise before she brought it down heavily on the ‘poor’ cement block, smashing it in one instant.

The studio audience and the judges were all stunned and could barely suppress their bewilderment.