Minister of Information and Culture, Alhaji Lai Mohammed has said that the country has been stabilized at the most difficult of times due to President Muhammadu Buhari’s wisdom. 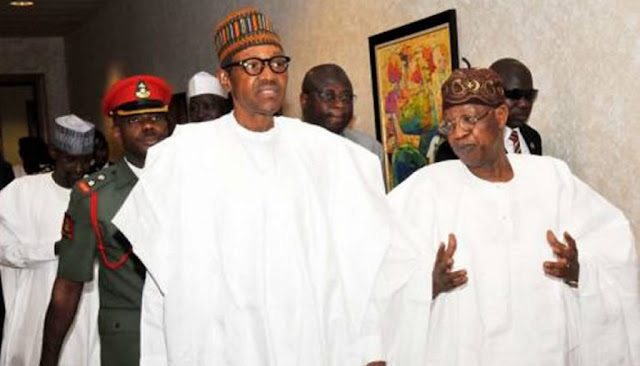 Speaking at a programme in commemoration of Buhari’s 79th birthday anniversary, in Ilorin, Kwara state’s capital on Saturday December 18, Lai stated that the Nigerian leader’s achievements may not seem too obvious now, “especially with naysayers, sponsored attackers and desperate opposition politicians unrelenting in their craft”.

Reiterating that posterity will surely be kind to Buhari, the Minister further stated that the Nigerian President has kept the country on a “trajectory of growth and development”.

“On the occasion of Mr President’s 79th birthday, I want to pay tribute to him for his service to the nation. President Muhammadu Buhari’s life has been that of unalloyed service to Nigeria, his country, and to humanity at large.

“He has been almost everything there is to be in the service of the nation, and he has always given his all each time. Not once has he fallen short.

“He fought a war to keep Nigeria together, and that explains his passion for the country’s unity.

“It is said that everything happens for a reason. That Buhari is in charge of Nigeria at this time is not mere happenstance.

“His years in the military that saw him reaching the peak of his career; his various positions within and outside the military, his global exposure, his unmatched demeanor and, above all, his wisdom have all helped to stabilise Nigeria at the most difficult of times.

“Indeed, President Buhari is a steady hand in troubled times, and that explains why, presiding over the affairs of the country at a most turbulent period, he has managed to keep the nation afloat, and even set it on a trajectory of growth and development.

“Despite a myriad of security challenges, and amidst dwindling national earnings and a crippling global pandemic, he has racked up a number of achievements, most of them unprecedented.

“His achievements may not seem too obvious now, especially with naysayers, sponsored attackers and desperate opposition politicians unrelenting in their craft, but posterity will surely be kind to this man, whose life has meant service to his fatherland, a man who goes to bed at night and wakes up in the morning thinking Nigeria.

“He fought a war to keep Nigeria together, and that explains his passion for the country’s unity.”

Listing President Muhammadu Buhari’s achievements, Lai claimed that the Nigerian leader has institutionalized great policies for the country, brought infrastructural development and also restored our country’s respect and dignity in the comity of nations.

“The President built the Second Niger Bridge that his predecessors only built on paper, gave Nigeria its first modern airport terminals in decades and provided social safety net for the poor.

“He introduced school feeding system that has helped push up school enrollment, institutionalised measures to fight corruption through the strict implementation of TSA and the introduction of the Whistle blower policy among others.

“Buhari restored our country’s respect and dignity in the comity of nations, as you can see in the recent quick reversals of flight bans by the UK and Canada and the quick decision by the UAE to reverse itself on the number of slots given to a Nigerian airline; upgraded military hardware for our armed services and restored the respect of our gallant military.

“I believe God has a reason for keeping him alive when many had written him off as dead.”