Upon their arrest, it was discovered that Musa Abubakar who was on his way to Dubai, UAE had concealed 714 ATM cards while Abdullahi Usman who was Saudi Arabia bound had 298 ATM cards in his possession. 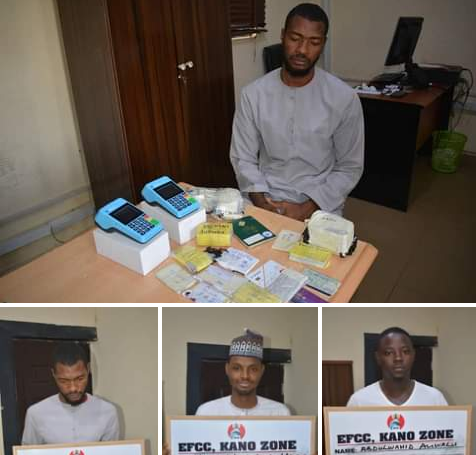 The defendants, Abdullahi Usman, Musa Abubakar and Abdulwahid Auwalu were arrested by the operatives of the Commission between November 24 and December 1, 2021.

Upon their arrest, it was discovered that Musa Abubakar who was on his way to Dubai, UAE had concealed 714 ATM cards while Abdullahi Usman who was Saudi Arabia bound had 298 ATM cards in his possession.

Abdulwahid on the other hand was arrested with 132 ATM cards while trying to board an Ethiopian Airlines plane to Istanbul Turkey.

All the defendants pleaded guilty to their respective charges.

Consequently, counsel for the prosecution Usman Shehu asked the court to convict them accordingly.

After listening to plea for mercy from the defence counsel A.M Bashir, Justice Shehu convicted the defendants and sentenced them to six months imprisonment each, with the option of a fine of N50,000 (Fifty Thousand Naira) each.

One of the counts against Musa Abubakar reads, “That you MUSA ABUBAKAR UMAR on or about 24th November, 2021 at Mallam Aminu Kano International Airport, within the Judicial Division of the High Court of Kano State, while trying to board a plane scheduled for Lagos, did commit an offence to wit; retain possession of 714 (Seven Hundred and Fourteen) Automated Teller Machine (ATM) Cards of Guaranty Trust Bank, Zenith Bank, Sterling Bank, Access Bank, Stanbic IBTC Bank, First Bank, Polaris Bank, Fidelity Bank and FCMB respectively, issued in the name of different card holders, which cards you reasonably ought to know were taken out of the possession of owners under circumstances which constitute card theft, and you thereby committed an offence contrary to Section 319 (A) of the Penal Code and punishable under the same Section 319 (A) of the Penal Code.” 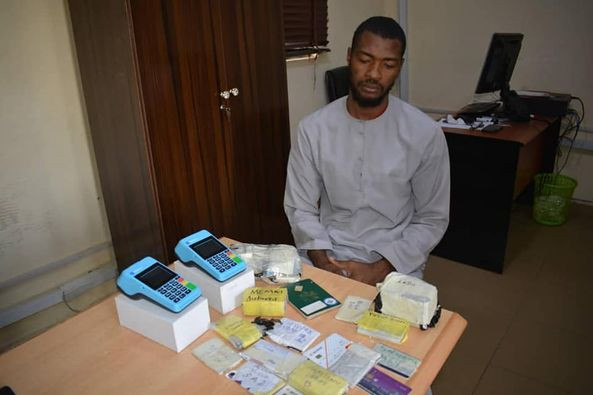 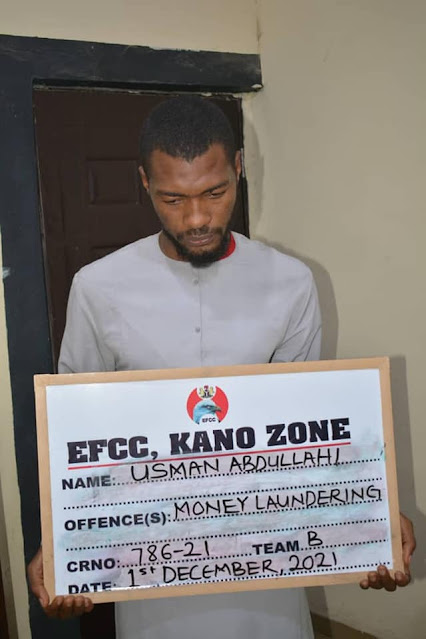 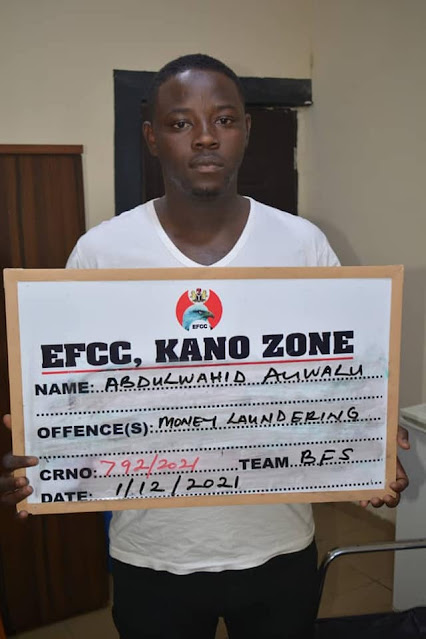 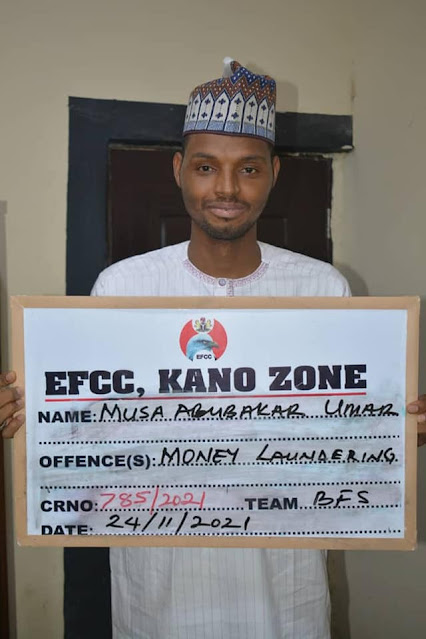