This is the news about Dollar to Naira rate at the official and black market exchange rate Today December 20, 2021. 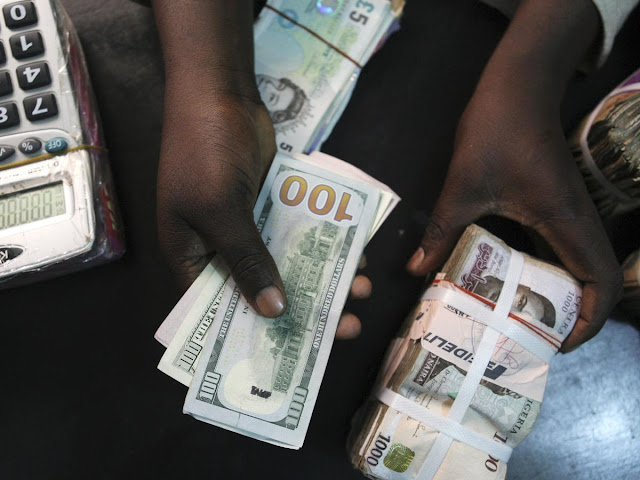 How Much Is Dollar To Naira Exchange Rate Today Official Rate?

According to the data at the FMDQ Security Exchange where forex is traded officially, exchange rate between the naira and the US dollar opened at ₦413.84/$1 on Monday 20th, after it closed at ₦415.07 to a $1 on Friday, 17th December 2021.

How much is exchange rate of Dollar to Naira in Black Market today?

The exchange rate for a dollar to naira at Lagos Parallel Market (Black Market) players buy a dollar for N567 and sell at N568 on Monday, December 20th 2021, according to sources at Bureau De Change (BDC).

Please note that the Central Bank of Nigeria (CBN) does not recognise the parallel market (black market), as it has directed individuals who want to engage in Forex to approach their respective banks.

Trading at the official NAFEX window

According to data from FMDQ, forex turnover stands at $151.03 million.

Meanwhile, Immediate past Chairman of First Bank of Nigeria Holdings, Remi Babalola has revealed why he resigned from his position.

Naija News earlier reported that the resignation of Babalola, who was appointed Chairman on April 29, 2021, has come as a surprise to many in the banking and financial industry.

Babalola resigned from his appointment days after billionaire businessman Femi Otedola became the major shareholder of the company and stated that he has no plans to become the chairman or hold any key position in the company.

Following his resignation, Ahmad Abdullahi was appointed as the new Non-Executive Director of First Bank Holding PLC and Chairman of the company.

Babalola, in his resignation letter, said he left his position due to the high level of corruption in the financial sector, adding that he could stand the corruption happening in the system.

The former FBN Holdings chairman stated that he resigned in order not to go against his personal values and beliefs.

He commended the board for giving him the opportunity to serve the bank and to contribute to the sustainability of the financial service sector of the Nigerian economy.