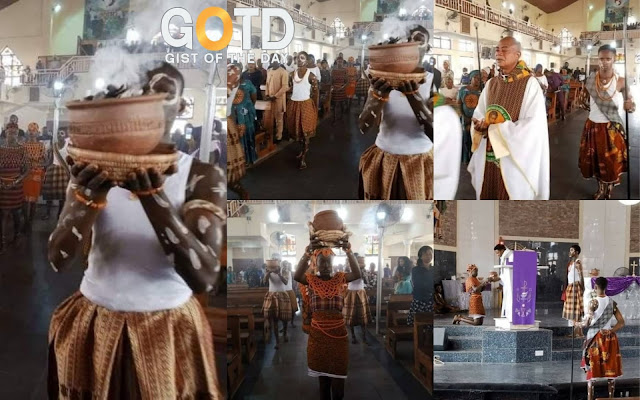 Young men who followed the priests to the altar were dressed in white singlets with a wrapper tied around their waists with white chalks used to place dots on some parts of their bodies. Some ladies who tied wrappers around their waists and chests and had some beads on their hands, legs, and neck also participated in the mass.

While some Nigerians welcomed the move by the parishioners to celebrate African culture even in the Christian faith, others saw it as unacceptable to ‘mix’ Christianity with the African culture.

See more photos from the mass and the reactions below 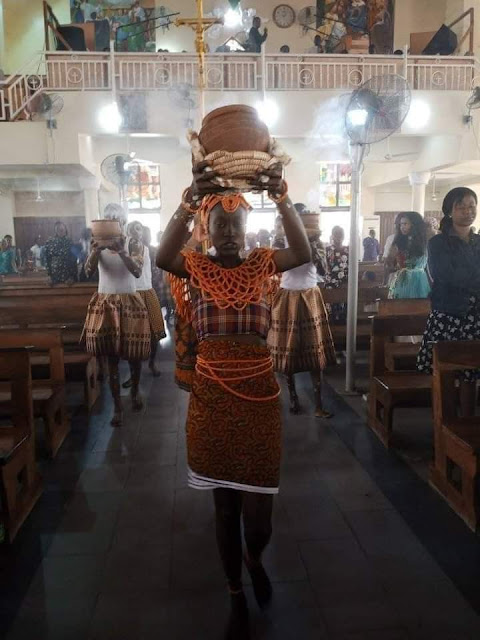 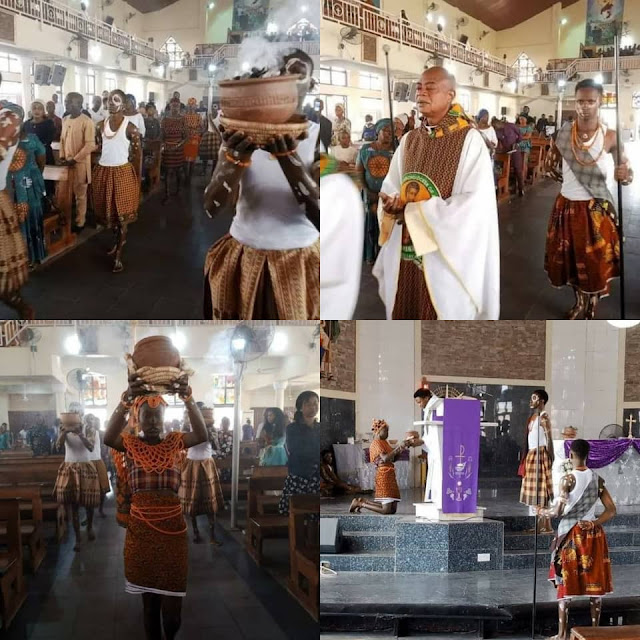 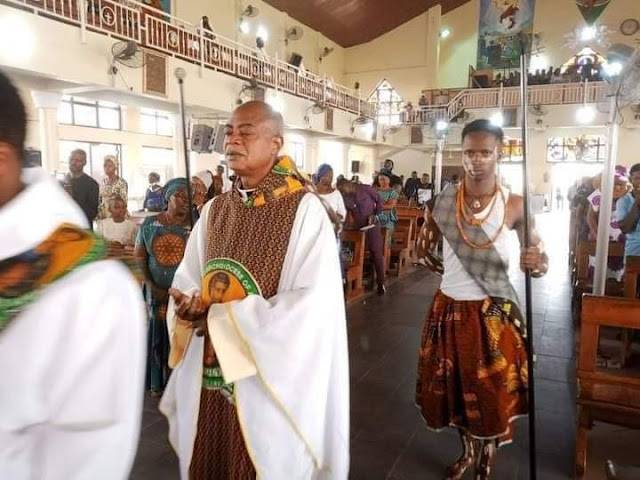 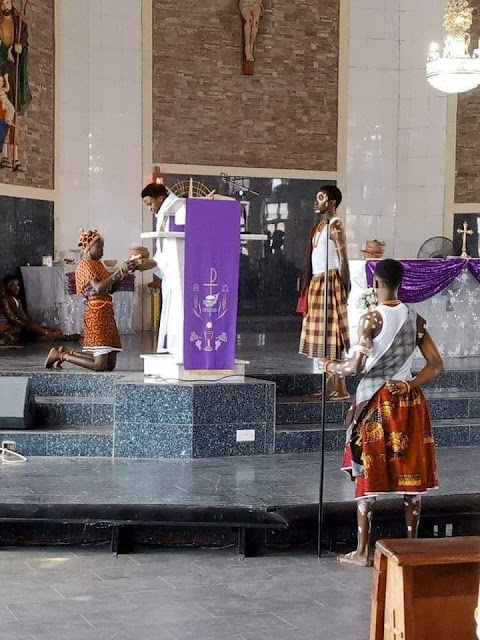 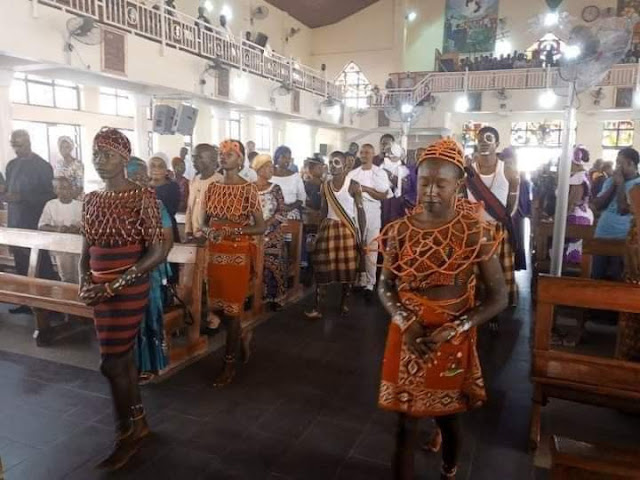 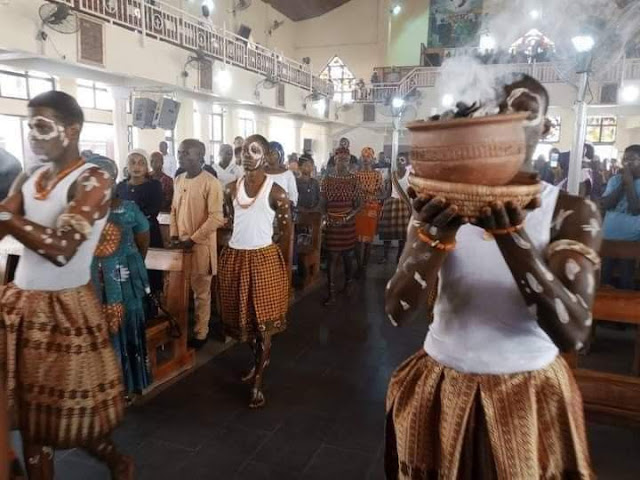 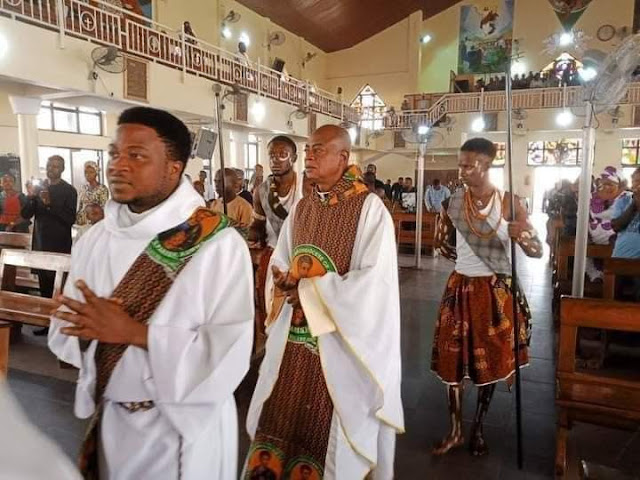 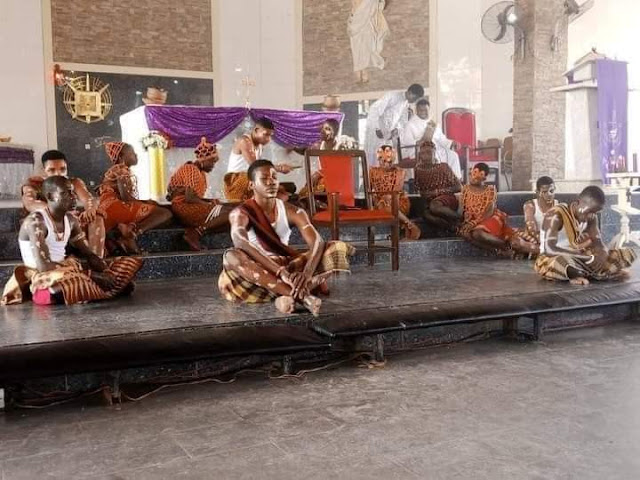 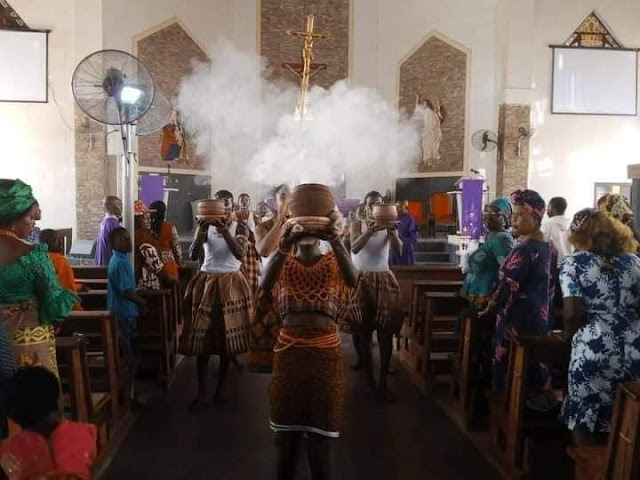 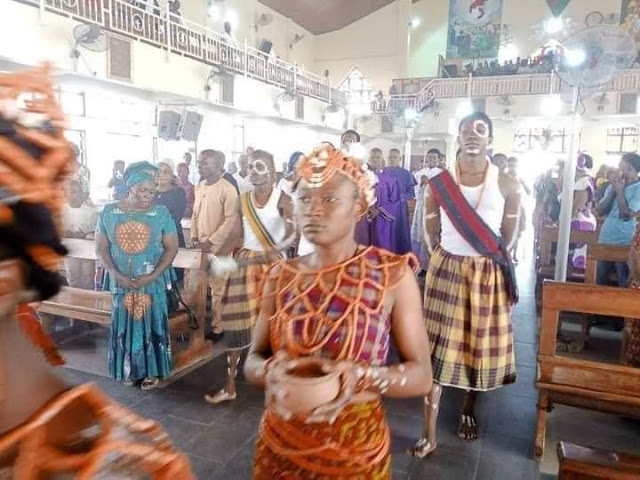 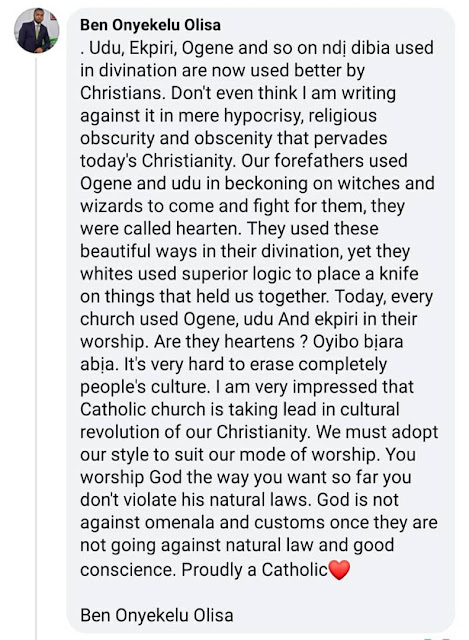 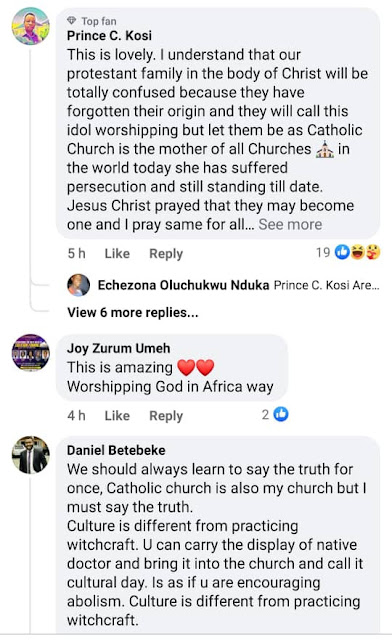 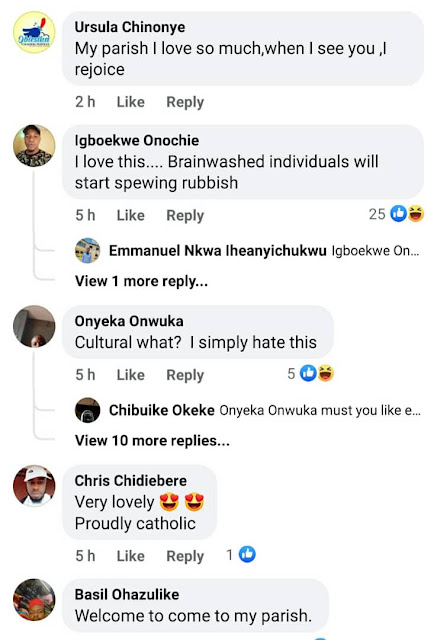 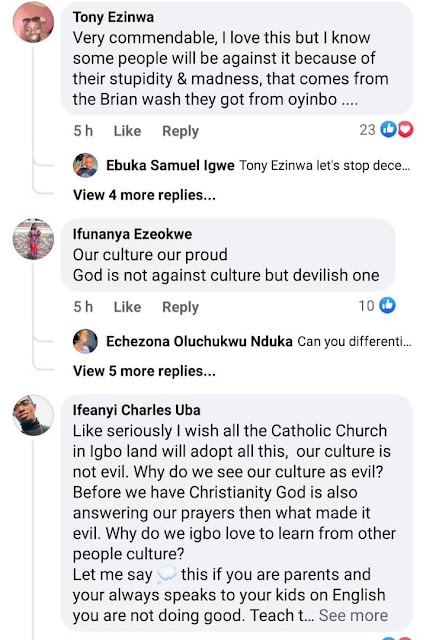 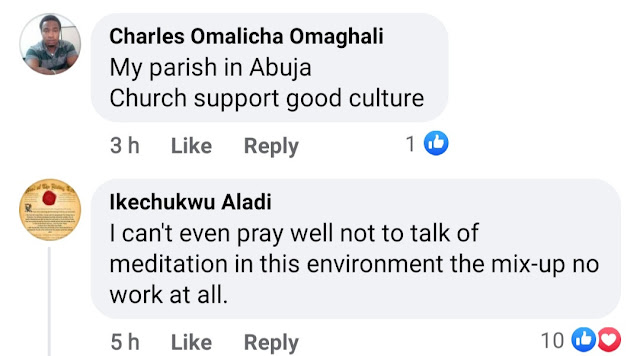 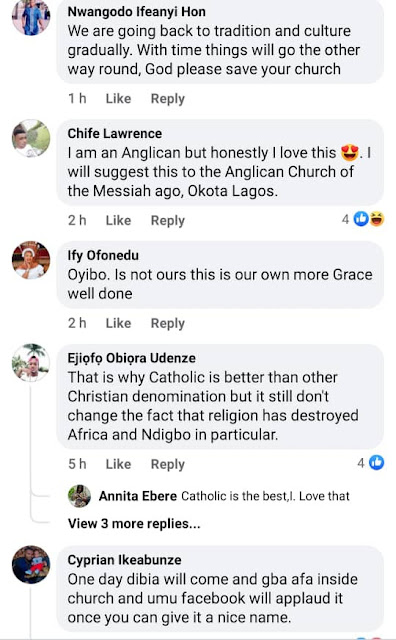