Actress Martha Ankomah has opened up on being single despite being beautiful and the crush of a lot of guys saying she can’t force God to give her a man to marry as she’s waiting on Him. 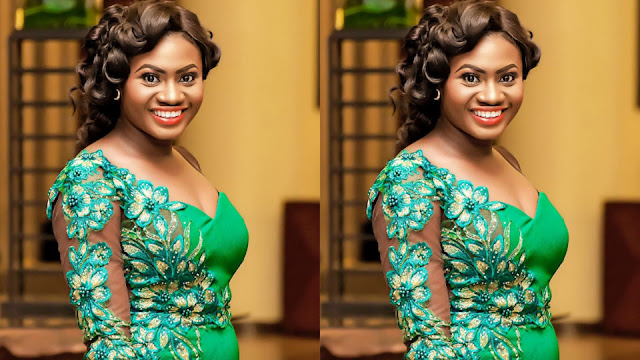 Martha Ankomah isn’t known to be in any romantic relationship with anyone despite the fact that she’s very beautiful and also the crush of a lot of guys but seems to still be single per our knowledge.

Speaking to Abeiku Santa about her marriage, Martha Ankomah said she’s waiting on God for his perfect time to give her a husband as she can’t force Him to give him a husband at the time she wants.

She then funnily claimed the blessing and prophecy of Abeiku Santana saying by the next year 2022 end, she will be married with a big amen even though she was laughing after saying the amen.