Ghanaian socialite and Instagram model, Hajia Bintu has indirectly advised ladies with small “bortos” to work hard at getting some. 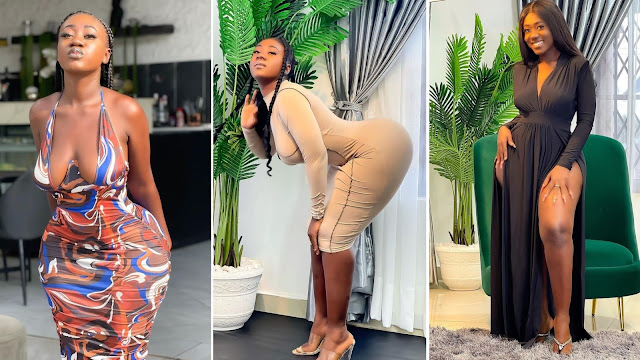 Hajia became popular as a result of her huge backside and she gradually dominated social media and even landed ambassadorial deals.

Hajia was dancing to a verse in Rapper Medikal’s song that suggested that women with big backside will never go hungry.

Perhaps, that is the reason he chose Fella Makafui over Sister Derby. The two women are beautiful in their own way but Fella’s backside is undoubtedly one of things that made Medikal go after her.

Watch the hilarious video below;