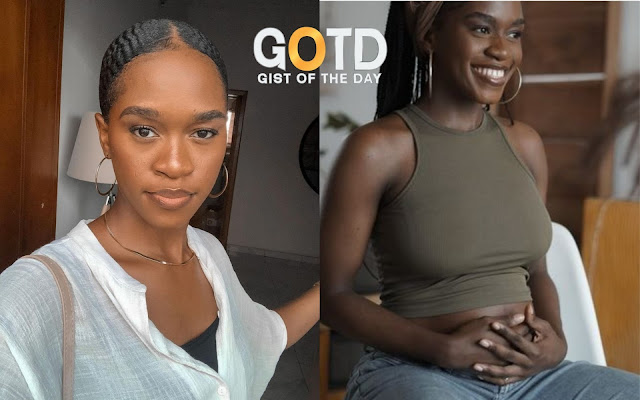 The comedian who has been absent on Instagram on social media for quite sometime uploaded a video of her dancing with her baby bump clearly visible.

Reacting to the video, some Nigerians have congratulated her, while others are asking about the father of her child.
Zinny_blk: “where husband eh? Ah Ah!”
Judith_ogechi: “Are you pregnant.”
thegraceola: “it’s the body for me love. You look healthier and happier. Glory to God.”
Jessicanwamadi: “Shei my eyes dey pain me ni?? No be pregnancy be that.”
the.iviemena: “Ouuu I see a ring and a baby bump.”
Damilola.a: “Marriage and pregnancy announcement in one post. Love it congratulations Maraji.”
Yippuejay: “There is no ring on her finger. It is a fashion ring. Na babymama she be. Where your husband maraji?”
Chichi1beke: “I must have missed a lot, which time Maraji marry”
In other news Nigerian singer, David Adeleke, popularly known as Davido, has described 2021 as one of the worst years of his lifetime.
The singer made this known during a recent podcast session titled Tea With Tay which is hosted by Taymesan
According to the father of four, 2021 is one of his worst years due to the losses encountered during the yea
In his words; ”He lost most of his close friends and team members in the year 2021 so he does not see 2021 as one of his best years
Post Views: 152
Share