61-year-old Rolf Buchholz who is the world’s most-pierced man, has revealed that he still has a great sex life despite having an eye-watering 278 piercings in his penis. 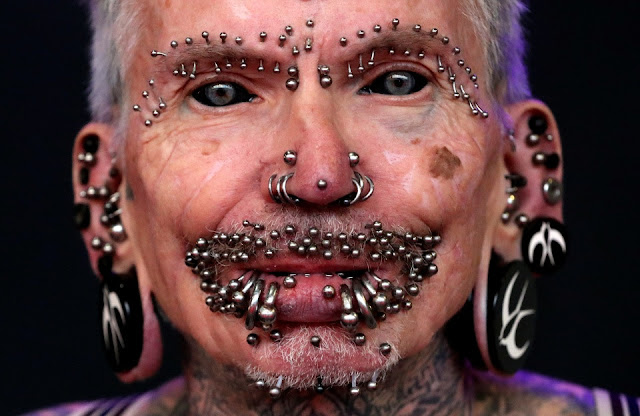 The Guinness World Record holder who topped the charts for body adornments with a total of 453 metal piercings all over his body, had his first piercing at the age of 40, 20 years ago, but is now rocking studs from head to toe, including on his genitals. 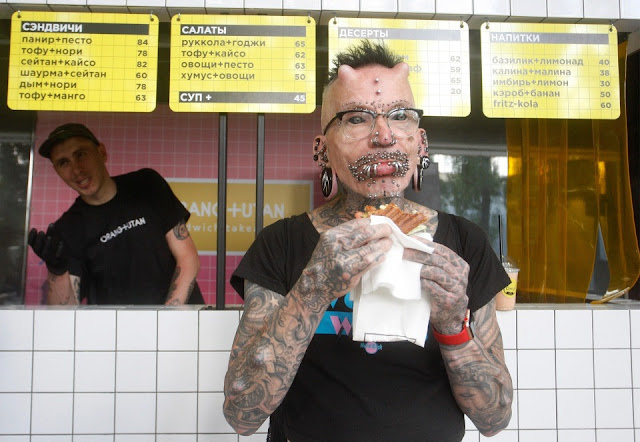 The  German also sports numerous tattoos, including on his eyeballs, and even has horn implants in his head.

Sharing an insight about his sex life, Rolf said;

“It’s not a problem at all. I have had the piercings already so long, if there was a problem, I would have got rid of them already long ago.” 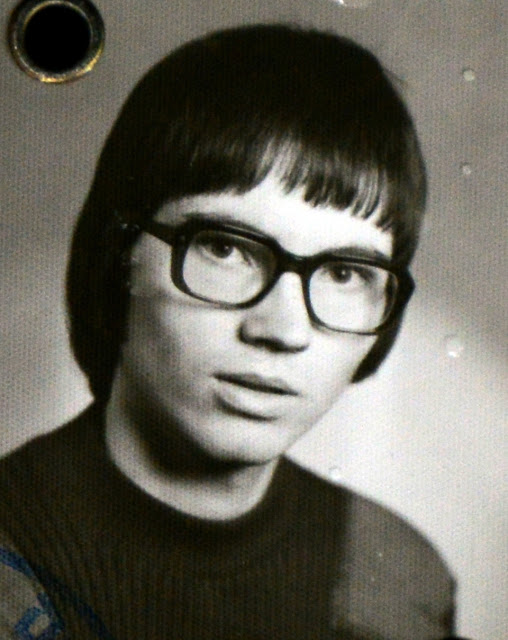 The telecoms company staff has an additional 94 piercing in and around his lips. There is also a scarification across his face and this include 90 per cent tattoo coverage across his body, 37 piercings on his eyebrows and implants across his body.

Recounting he got his most painful implant, Rolf Buchholz said;

“My most painful modification was my palm tattoo.

“The body modification changed only my outside.

“It didn’t change me I’m the same person.

“A lot of people think I am the devil but I don’t believe in the devil.” 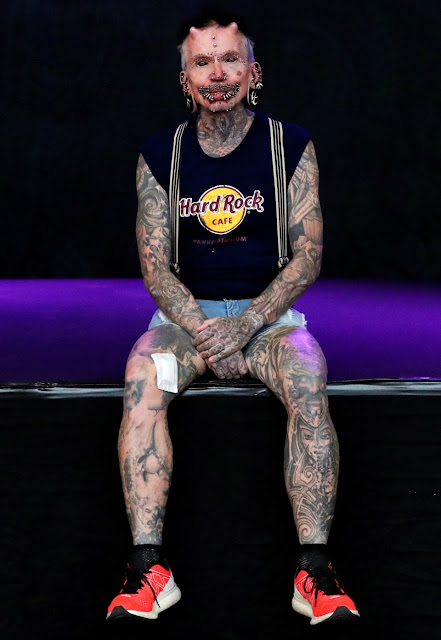 While the world record holder has no complaints in the bedroom department, it’s a different matter when it comes to airport security.

Rolf Buchholz’s piercings have given him problems at airports in countries not accustomed to people with a quirky appearance like him – and that’s not just because the metal detectors beeped. 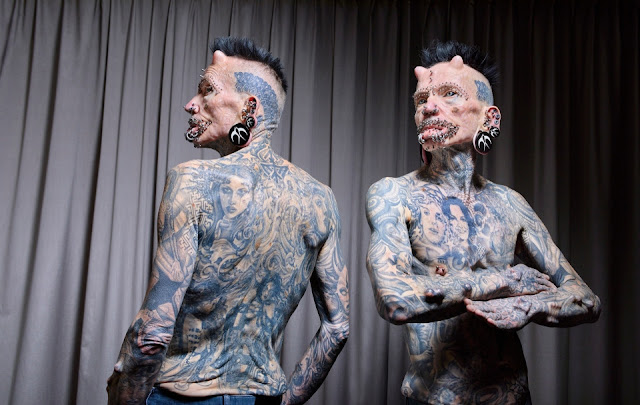 Rolf once claimed he was denied entrance to the United Arab Emirates when he travelled to Dubai to appear for a gig in a nightclub, after authorities were afraid he practised “black magic”.