A shameless man has allowed himself to be filmed by the young girl he had intercourse with, the video of which is gaining prominence online. 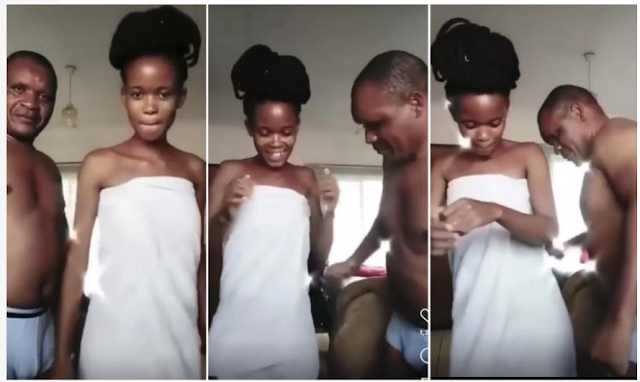 The man whose big tummy dangled in front of him while dancing, put up what looks like the celebratory dance shortly after he dribbled the lady sexually in bed.

The girl seemed to be one who initiated the choreography and one could tell he really had a good time with her which they capped off with the dance.