Nigerians have trooped to the page of the alleged new wife of the Ooni of Ife to leave messages after Queen Naomi announced her marriage to the Yoruba monarch is over. 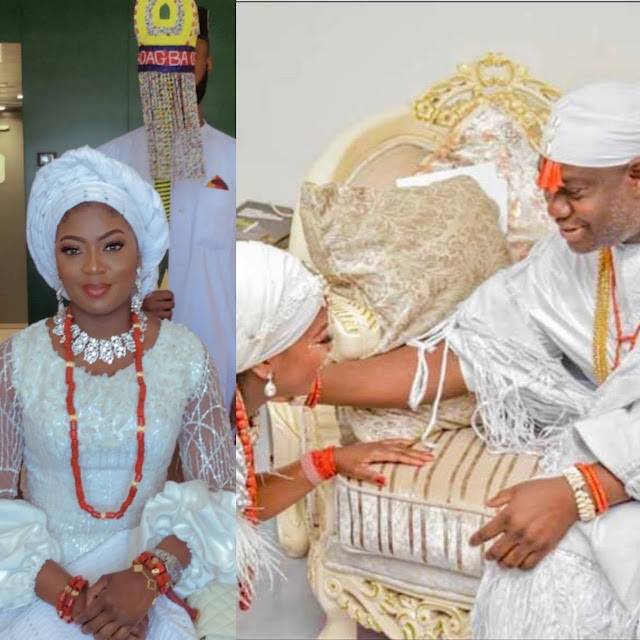 The alleged new wife, Princess Ashley Afolashade Afolakemi, posts mostly photos of herself taken in the Palace and photos where she’s meeting with children of the community. 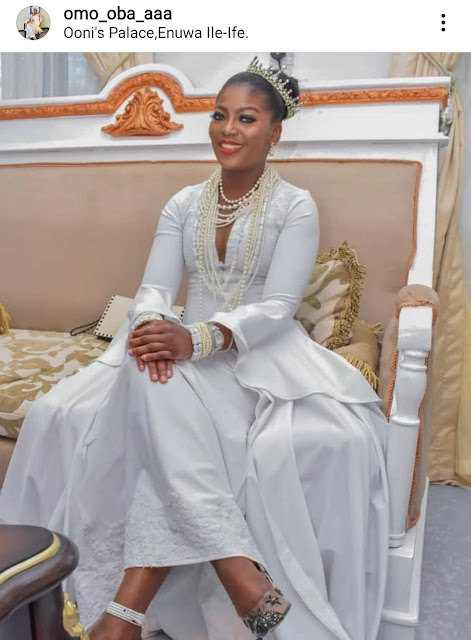 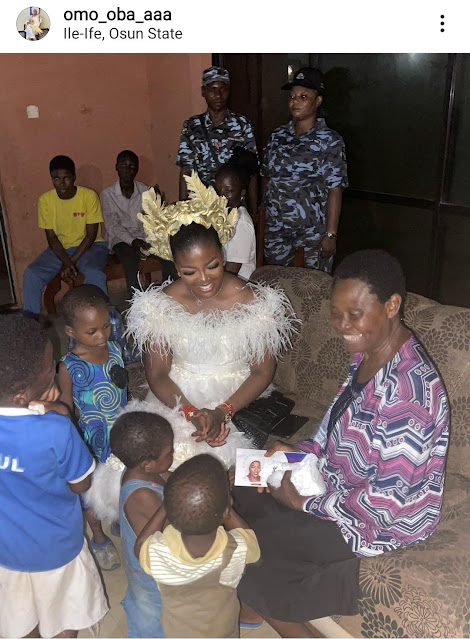 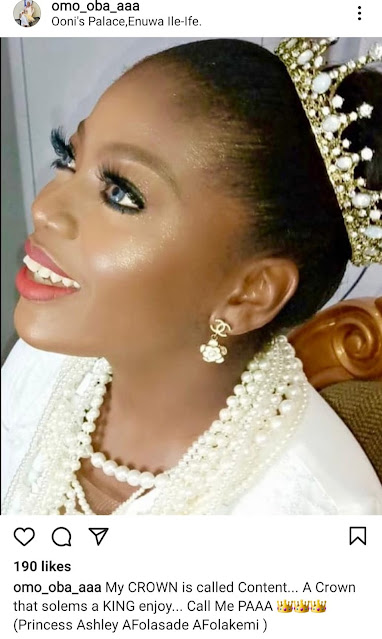 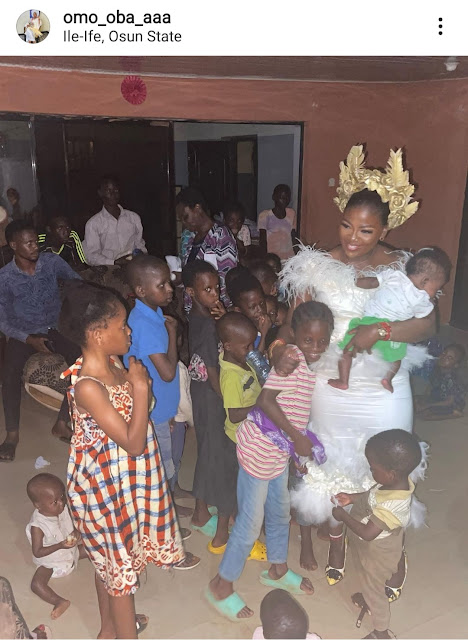 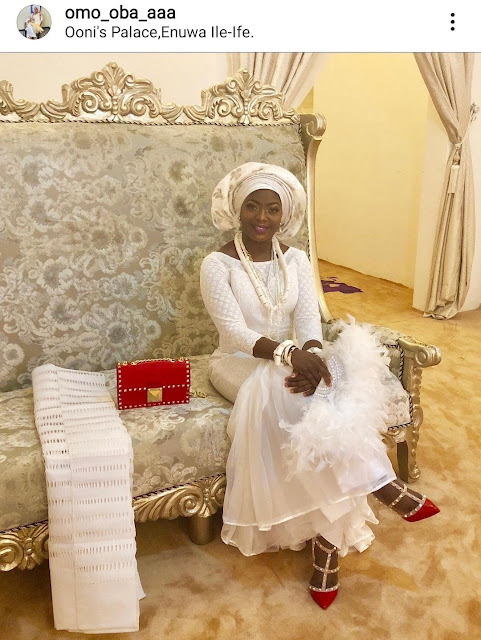 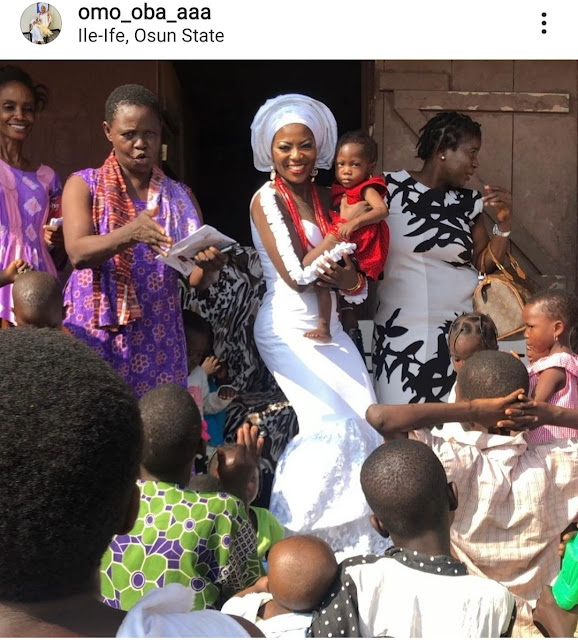 She signs off her posts with Aya Oba (wife of the king) and Aya Olofin Adimula. 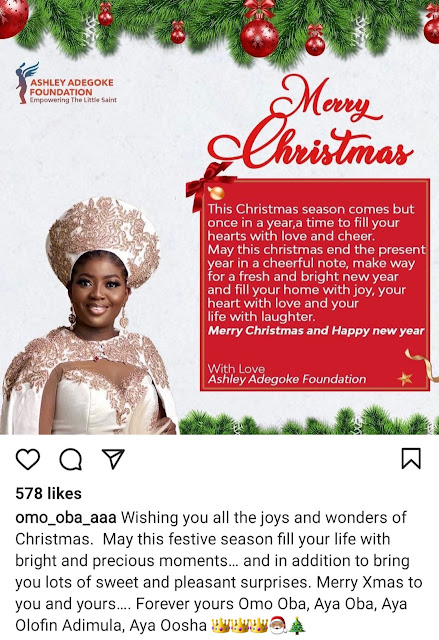 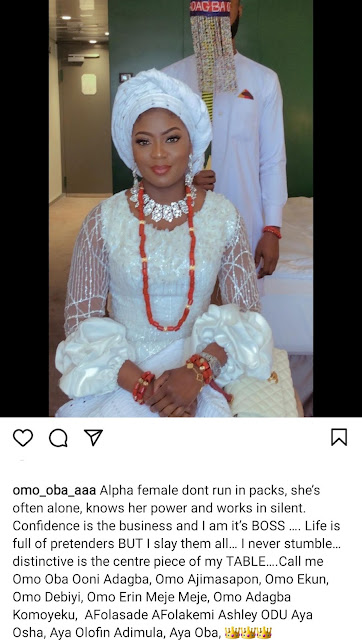 Her Instagram account is also filled with photos of her strictly wearing white or ivory, even when abroad, as the wives of Yoruba monarchs are known to. 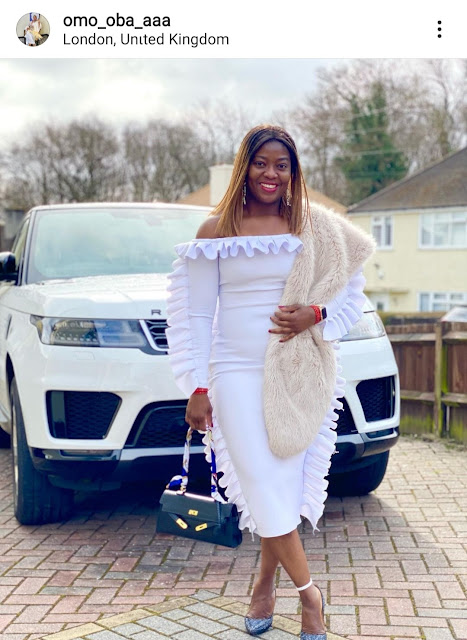 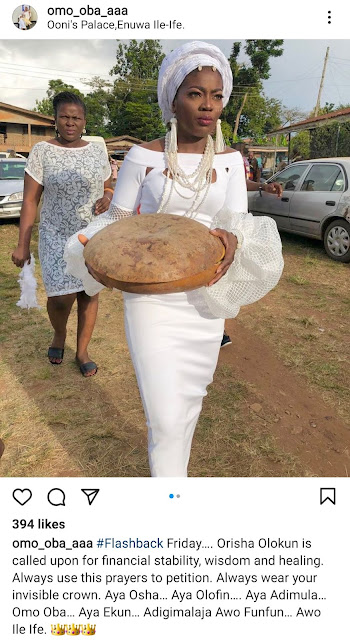 For the Ooni of Ife’s last coronation anniversary,  she shared a photo of her and the Ooni in the Palace and showered encomium on him. 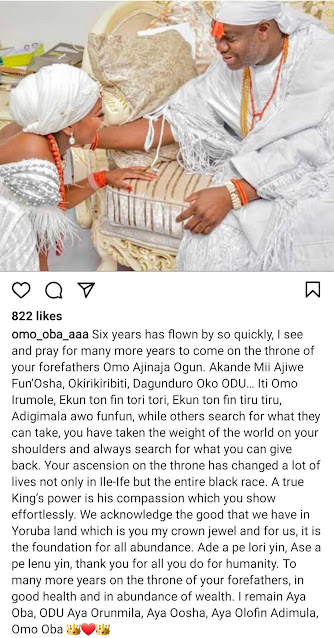 Nigerians have gone on her page to leave messages of support after it was alleged that she is the new woman who made Olori Naomi leave. 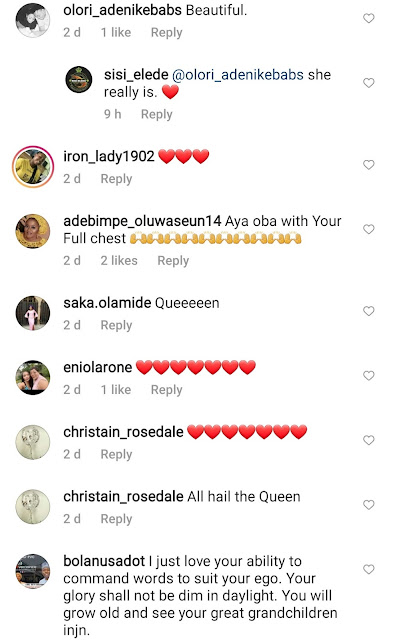 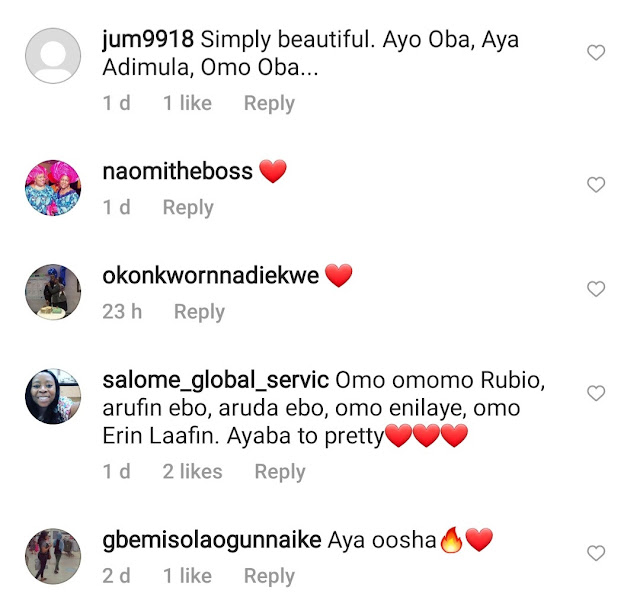 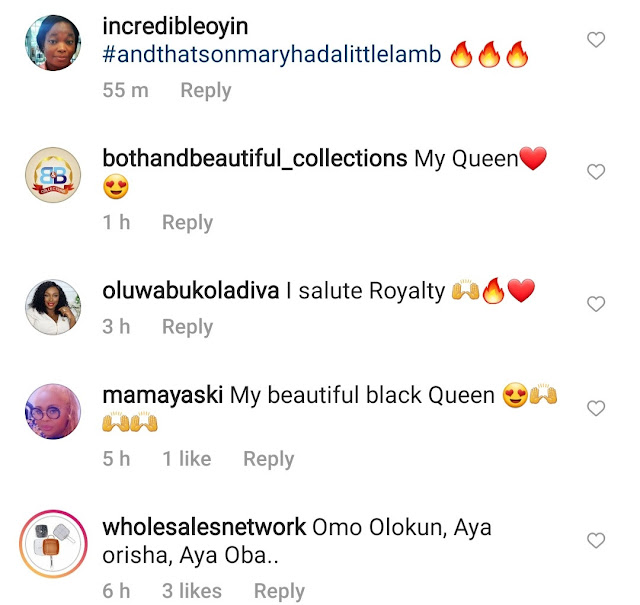