A tweep has taken to popular micro blogging site, Twitter to give details on how a man died during a drinking competition in his vicinity. 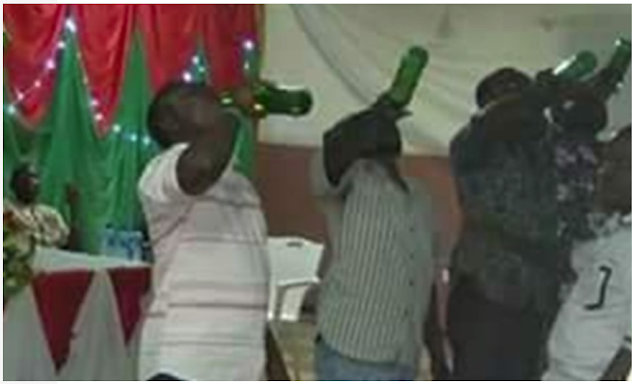 The man who narrated the incident identified as Joseph Barnabas indicated that some men were competing for a cash prize of N20,000 (Gh¢299.28) but the one who took most of the Alcibiades lost his life

According to him, the prospective winner was drinking his fourth bottle of alcohol when he died on the spot adding that the incident happened on Sunday, 26th 2021. 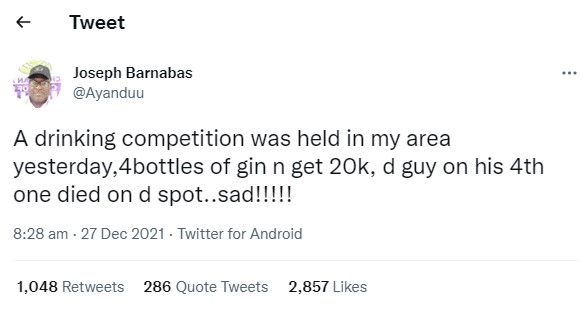 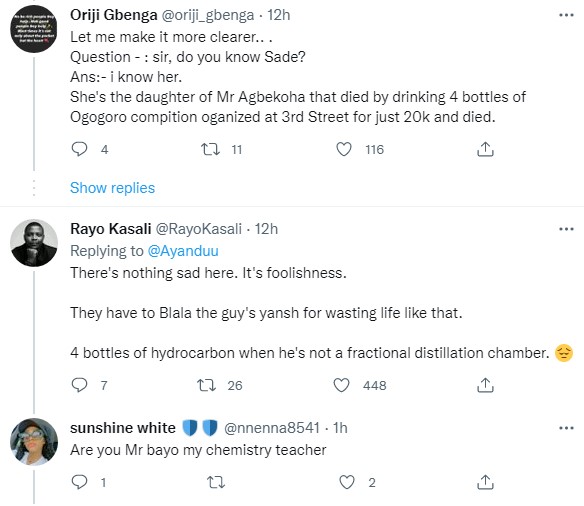 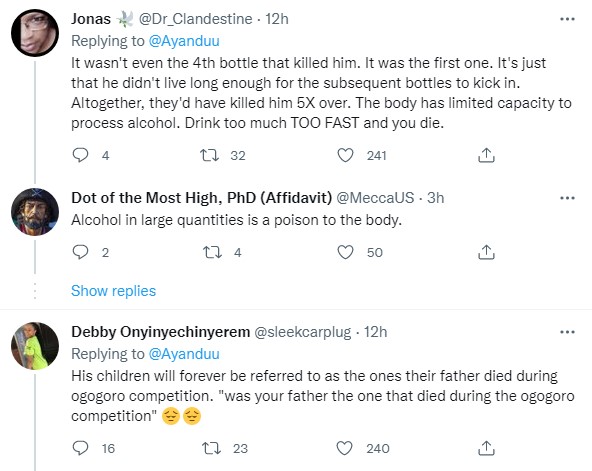