A young man has been busted and flogged after attempting to use counterfeit to buy iPhone 13 in Accra, Circle. 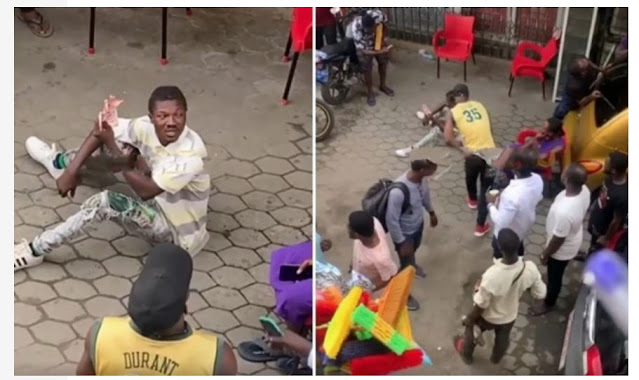 The man is said to have visited the Circle Mall in Ghana with fake currency to buy the expensive gifts but unfortunately for him, he was napped before he could leave with the device.

In a video that has surfaced on the internet, the man has been told to sit down and the crowd gathered while he was being flogged and others also recording him.

The man however pleaded for mercy but it fell on deaf ears but the store owner is said to have reported the case o the police.

As he was made to sit down, he was told to display the fake currency for everybody to see