Popular Nigerian controversial pastor, Chukwuemeka Ohanaemere mostly known as Prophet Odemeje has displayed a belt in his church claiming he won it after defeating Satan in International Spiritual Wrestling Championship. 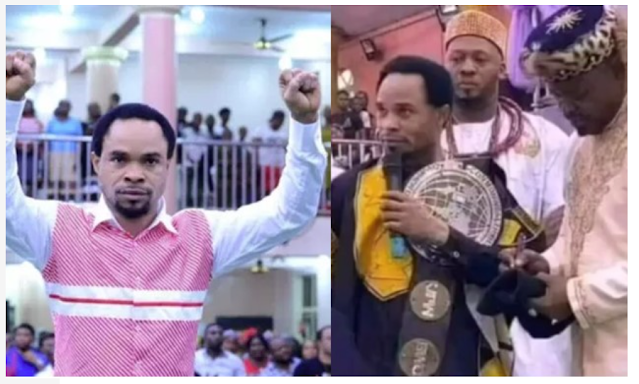 He claims to have gone for the wrestling match in Hellfire alone and was able to beat Satan to emerge the winner in the close door match.

According to him, the spiritual match had no spectators or referees as it was just only him and Odemeje.

In a video that has surfaced on the internet, Prophet Odemeje is seen holding and displaying the said belt he claimed to have won following his much with Satan with no referee and spectator