A man driving APC chieftain, Bola Tinubu’s 2023 campaign vehicle has been spotted in a viral video, having a fight with a prostitute who he allegedly refused to pay after allegedly sleeping with her. 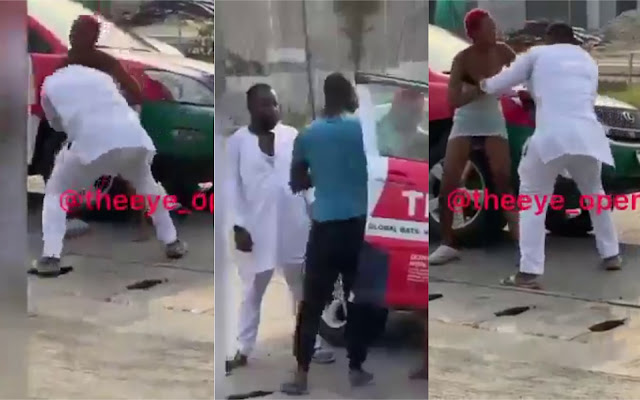 The duo engaged in a fight on a busy road and the sex worker was seen holding on to his shirt as he struck her. As a crowd gathered, the prostitute went back to the car and refused to get down.

You are on duty, carry her, does not want pay and still engaged in fight with her openly.