A suspected thief was caught after he allegedly broke into an apartment and stole properties including a standing fan, clothes and shoes in Amassoma, Bayelsa state. 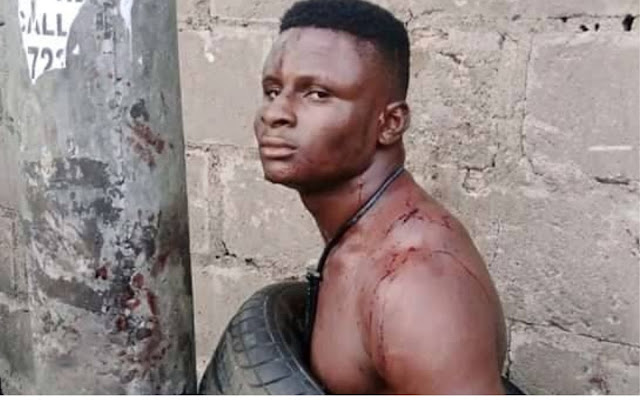 The suspect nabbed in the early hours of Tuesday, December 28 at Okodi street, Adule-ama in Amassoma community.

He was stripped naked, tied to an electric pole, flogged and later paraded around the community with the stolen items strapped around his body. 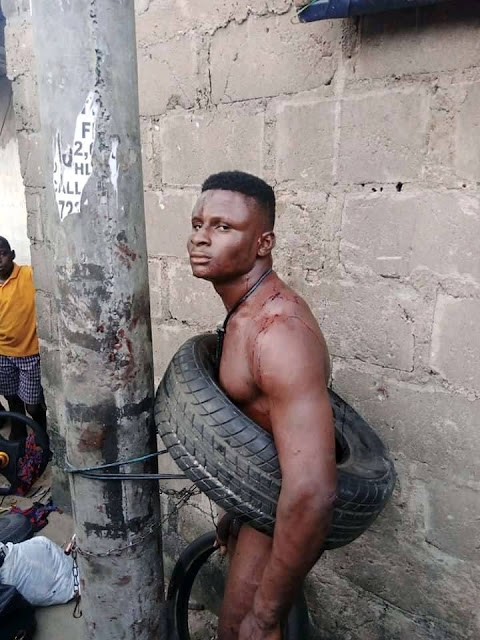 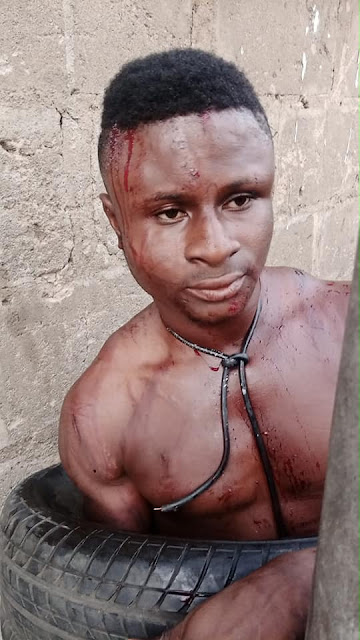 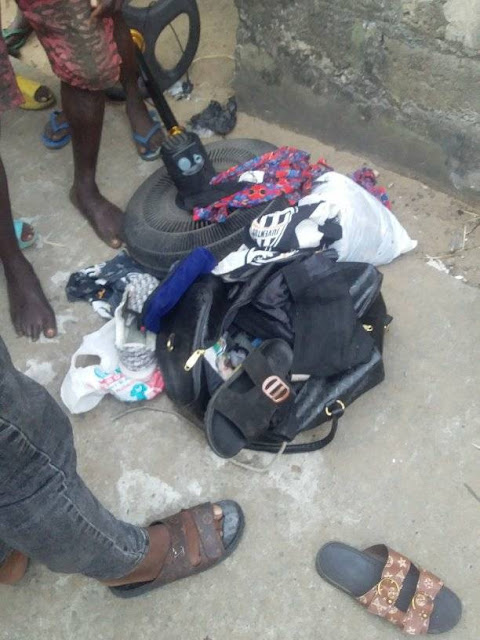 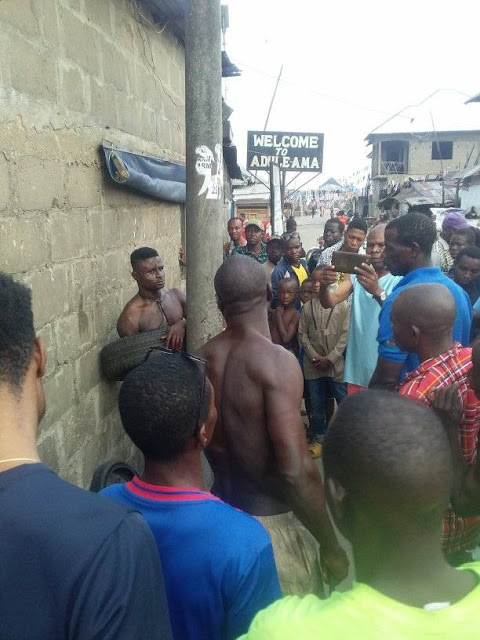 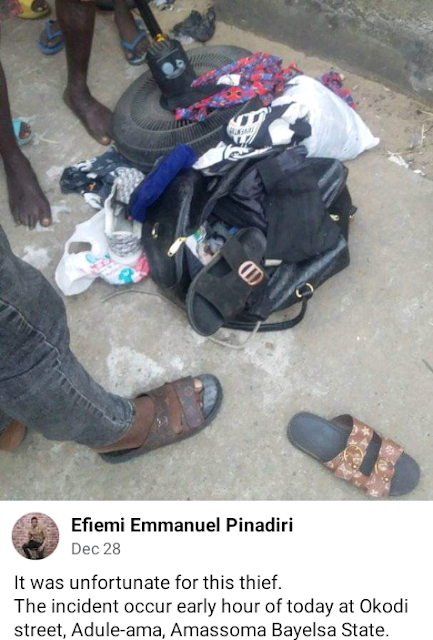 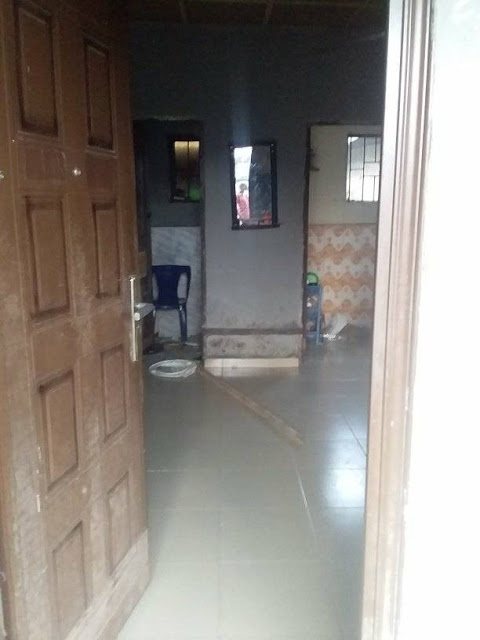