A lady has shared her relationship woes on live radio perhaps as a way of finding a remedy to the perpetual problem she’s shrouded with. 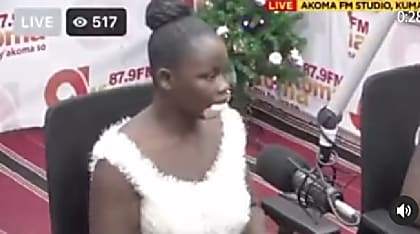 In her words, her boyfriend bangs her aggressively unendingly after he gets high on weed -popularly called wee in the local parlance and tramadol.

She said the situation is so alarming that sometimes she bleeds during the process and even worst, the guy fails to stop banging her until he ejaculates.

Meanwhile, the boyfriend who was sitting beside her during the interview session in the studios of Akoma FM could not defend himself as he flashed smiles in between her statements instead.