Two brothers from the same father and mother have died after drowning at the Asa River in Ilorin, Kwara State on New Year eve. 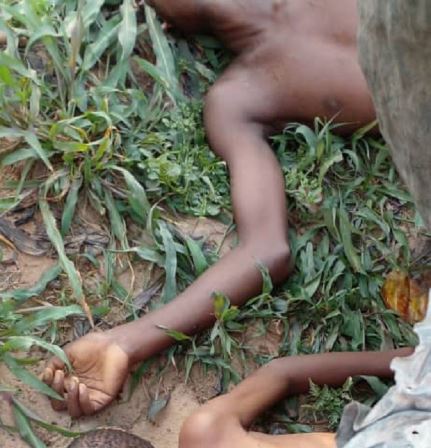 The State Fire Service said that it recovered bodies of the boys, Damilare,12, and Kamaldeen,14, from the river located around ‘Laola Salasi Street Mubo area of Ilorin, at about 5 pm on Friday, December 31.

The incident happened at about 16:36hrs (04:36pm) after one Alhaji Eleja summoned the fire brigade to the scene.

Confirming the incident, the Director, Kwara State Fire Service, Prince Falade Olumuyiwa in a statement signed by the Head of Media and Publicity, Hassan Adekunle, said the victims were with their mates when they went swimming at the river.

“This horrible incident happened this evening at about 16:36hrs (4:36 pm) when one Alhaji Eleja suddenly summoned the Brigade to the scene of occurrence

“However, it was so unfortunate that the two victims (Kamaldeen and Damilare) were recovered dead from the river by the firemen

“The victims, who are from Ile-Laru compound, Sabo-line area, Ilorin, with their colleagues went swimming in the Asa-River before they eventually drowned in the river and we handed over their bodies to their biological father, Alhaji Jamiu, before leaving the scene of incidence.” the statement reads.

The Director, Olumuyiwa urged citizens particularly parents and teachers to keep monitoring their children’s movement especially during this holiday period in order to avoid such terrible subsequent occurrences.