Nigerian actress, Amanda Oruh has disclosed how her brother was almost used for rituals in December by their distant cousin. 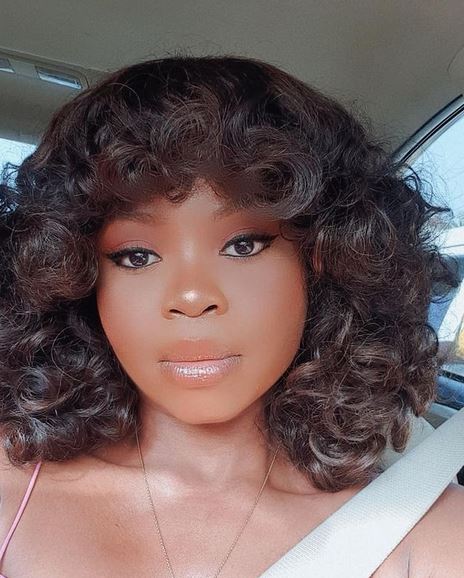 She said the incident occurred on December 29th and her brother was vomiting blood and bleeding from the nose after his drink was poisoned by the ritualist and his gang members who took him to Ntigha community in Abia state, after arriving her hometown Ohafia for the Christmas holiday.

Oruh said her brother who narrated the incident, revealed that their cousin didn’t bulge in spite of his plea.

The ritualist and his gang members had a change of heart and gave their victim coconut water to neutralize the poison, after realizing that the actress’ brother had called his parents, informing them of the ritual killing attempt.

Oruh disclosed that her cousin who eloped with his gang members, was promised N500k if the ritual was successful. 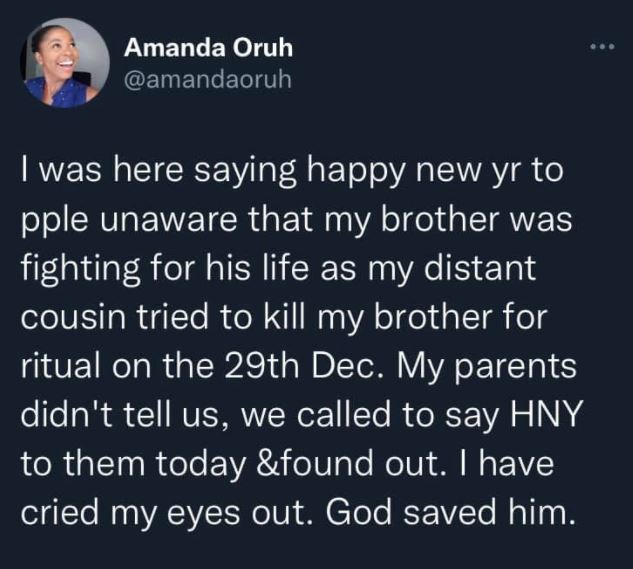 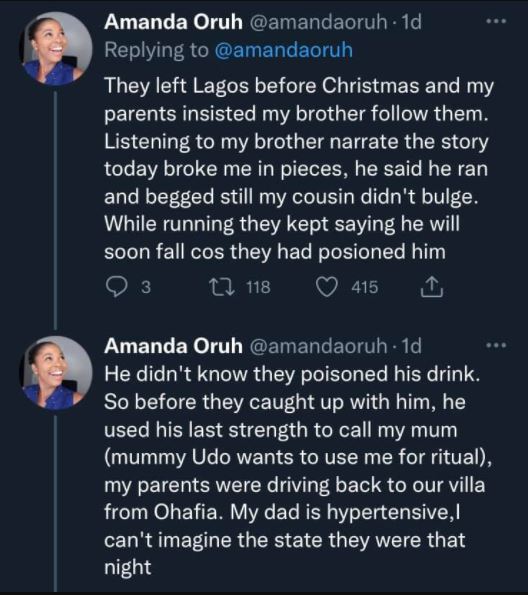 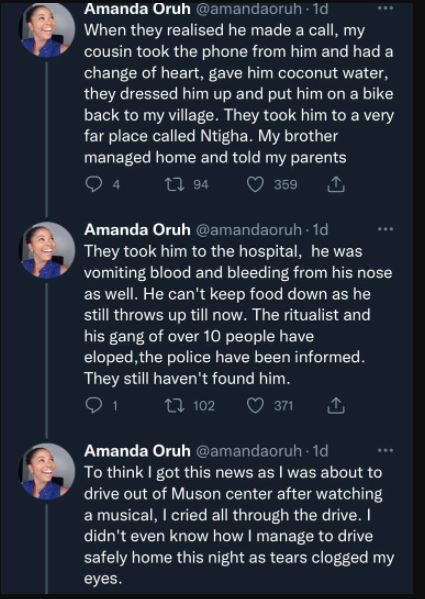 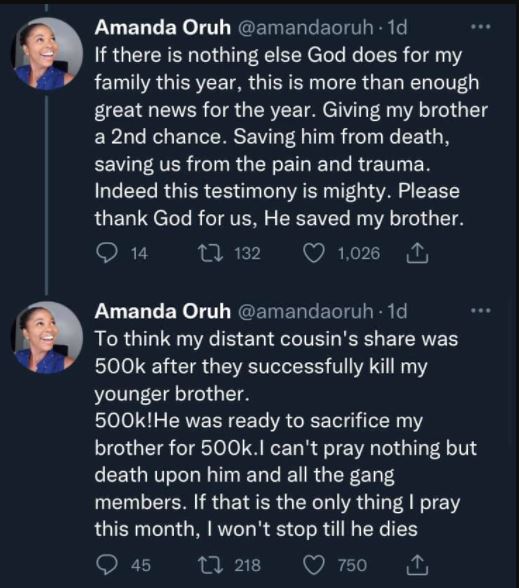