Operatives of the Ogun state police command have arrested a 35-year-old man, Eluyera Wasiu for allegedly plotting to kill his 29-year-old ex-wife who is pregnant. 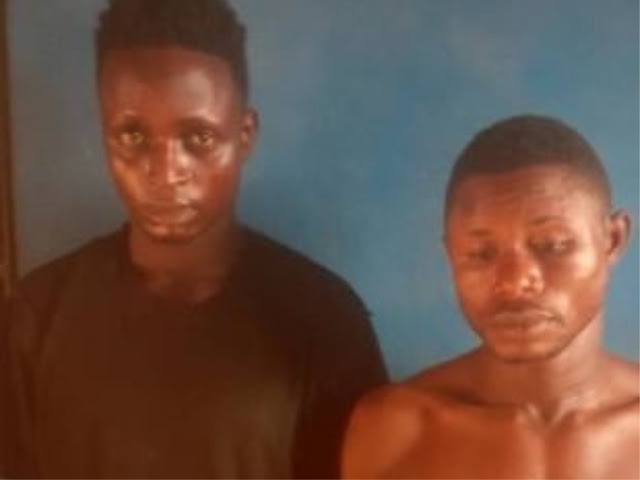 The suspect and his accomplice, Adeniyi Samuel, were arrested following a distress call received by the DPO Ogijo divisional headquarters from concerned members of the public on the 1st of January 2022, that the two men were engaging themselves in a very serious physical combat at oponuwa area of Ogijo, and if they were not quickly arrested, it may lead to bloodshed.

Upon the distress call, the DPO Ogijo division, CSP Muhammed Baba, quickly detailed his men to the scene, where the two suspects were promptly arrested.

It was during interrogation to know the cause of the fight that Adeniyi Samuel opened up and informed the police that Eluyera Wasiu contracted him to kill his pregnant wife, one Bola Taiwo.

He stated further that Eluyera Wasiu promised to give him #10,000 for the job, out of which he had already given him #5,000, to pay the balance on completion of the job.

Confirming the incident, DSP Abimbola Oyeyemi, spokesperson of the state police command, said preliminary investigation revealed that, Wasiu Eluyera was married to Bola Taiwo but they got separated due to irreconcilable differences. Wasiu later got married to another woman who is presently living with him.

”Somehow, he met with his former wife and they started going out together again which resulted to pregnancy. In order not to upset his new wife, Wasiu asked Bola Taiwo to terminate the pregnancy but the suggestion that was rejected by Bola Taiwo. Having tried all he could to abort the pregnancy to no avail, Wasiu Eluyera decided to eliminate the woman and the pregnancy.

In his confessional statement, he stated that he had twice bought food for her from one eatery and laced the food with poison, but the lady by providence did not eat the food. It was when all his personal efforts to kill her failed that he contracted Adeniyi Taiwo to help him eliminate her. He confessed further that, he personally took Adeniyi to the woman’s house, and he gave him her picture for easy identification.

But when he didn’t carry out the assignment as agreed, he demanded for the refund of the advance payment he made to him, and his refusal led to the fight which eventually led to their arrest.” Oyeyemi said.

The police spokesperson added that the state Commissioner of police, CP Lanre Bankole, has ordered a full-scale investigation of the case with the view to arraign the suspect in court as soon as investigation is concluded 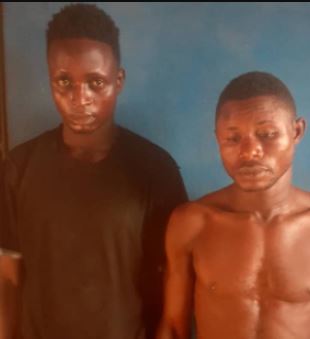