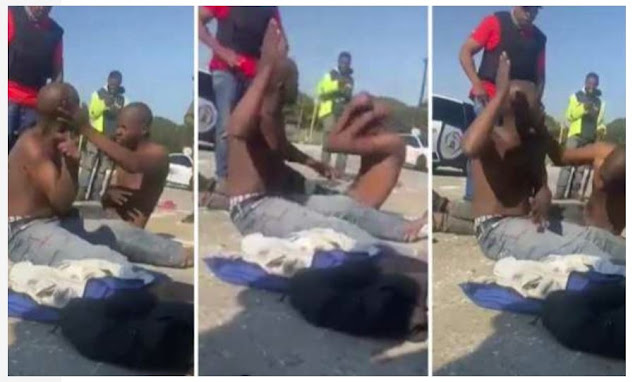 The thieves were caught and as their punishment, they were ordered to slap each other heftily.

They started with the bizarre ritual but they failed to discharge the order in a way that satisfies their captors. They were therefore asked to go in hard on in the video shared by Van De Maestro.

They heeded the warning and started slapping each other more intensely while a voice is heard in the background asking why they decided to steal instead of using their strength to work legitimately.