Popular Nigerian Afrobeat singer, Davido has been spotted in a video looking frustrated and causing a stir in public. 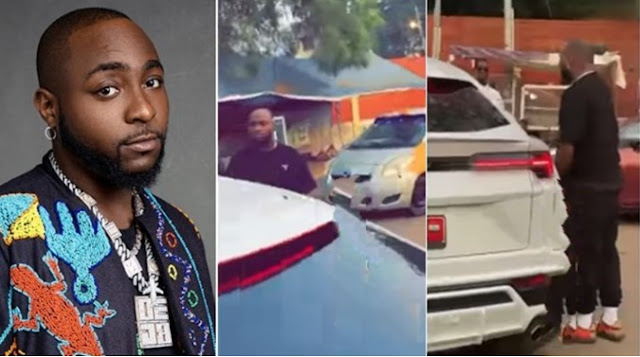 The singer is currently in Ghana and in the video that surfaced online, he could be seen expressing rage.

In the video, Davido seems to have been provoked at where he visited however it’s unknown where exactly he went.

The singer and his 30BG stepped out of the place they went and as they were leaving you could see that he had his face frown in an angry mood and telling his driver to move the car.