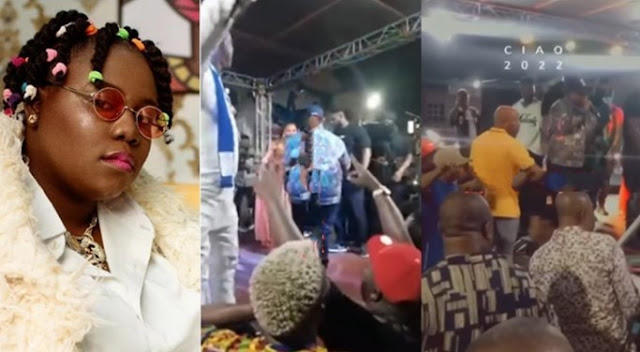 The singer had a show in the state on New Year hence while performing chaos broke out which led to people running for their safety.

An attendee who saw the incident took to a popular micro blogging site, Twitter to narrate that some unknown persons attempted to kidnap the singer while performing on the stage but her bouncers prevented that as they were armed hence fired some gunshots.