An oyibo man who stepped into a club to have some drinks to take off some of his stress was nearly sent to his early grace when a slay queen decided to give him some lap dance. 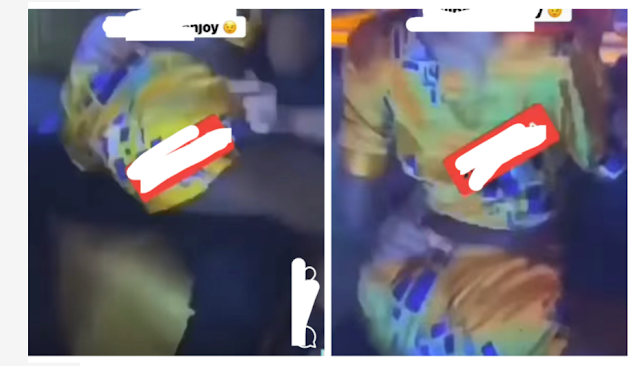 While many would have loved to be in the position of the oyibo man at that moment, it was him who had the most of it.

In the video below, the slay queen is seen sitting on the white man and moving her waist in opposite directions to side the man who had probably brought some cash to spend for the night.

The video which has gone viral has many saying the white man would gasp for air should be lady grind for long.

WATCH THE VIDEO BELOW;