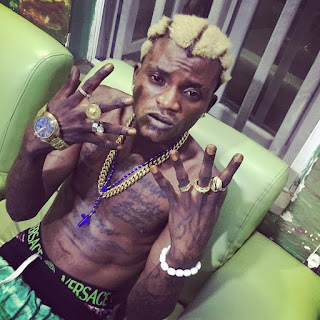 The self-acclaimed musician has been trending on social media and receiving all the love from industry players as many gifts him cars and cash.

His debut collaborative piece, Zazoo Zeh has widely been accepted by many Nigerian however people are of the view that he’s an overhyped artiste.

In a recent video shared on Instagram, Portable has dished out a stern warning to people that they should hide their girlfriends and wives in the house.

According to him, when he was broke rich men used the money to sleep with his wife but now that he’s having money he’s also going to use it to sleep with people’s wives.