A man has taken to the digital space to cry out after receiving a fake iPhone 12 sent to him by his uncle living in America. 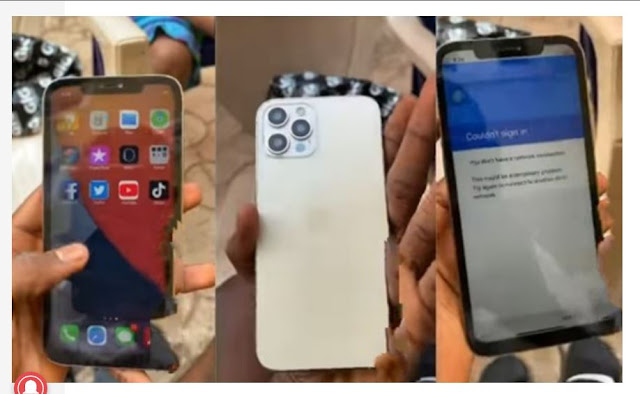 The Nigerian young man unboxed the iPhone only to discover that the case of the phone has an Android phone and it’s app with some not even functioning on the phone.

All iPhone products are having Apple Store which is the only approved downloading application whereas Google PlayStore is only available on Android phones.

He was however heard in the video talking about how to return the fake iPhone 12.

Captioning the video he wrote, “This is allegedly a phone my uncle got from the US”