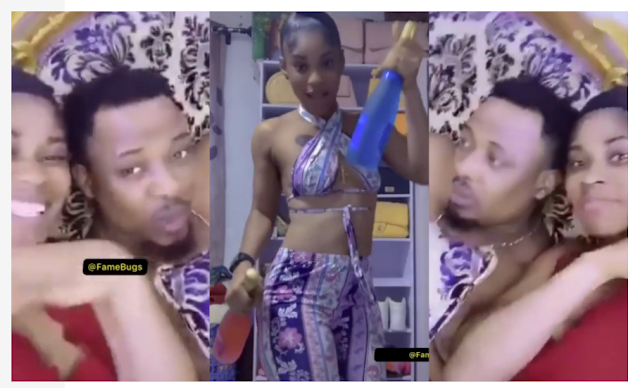 One of the controversial stories that popped up about the founder and leader of Prophetic Hill Chapel, Prophet Nigel Gaisie was that he was a womanizer.

He recently disclosed that he loves being with women because God has blessed women to make the lives of men a lot easier.

He however denied reports of being a womaniser after songstress Mzbel accused him of trying to sleep with her.

Anyway, a video has surfaced showing the man of God lying shirtless on a bed with a Slay Queen.

The lady in question is very popular for posting seductive videos of herself on tiktok. She is often seen twerking and smoking shisha most times.

It’s however unclear the kind of relationship he has with the man of God. Perhaps he wants to transform her to become a good girl. The video has since gone viral and Prophet Nigel Gaisie is yet to respond to the video.