“Unfortunately 03 deaths were recorded from the crash (01 male adult and 02 female adults),” the FRSC spokesperson in Ogun says 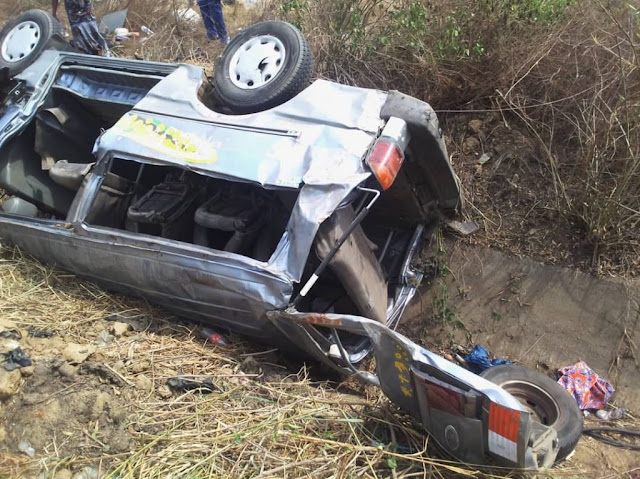 According to a report by Daily Post, three persons died on Wednesday when a vehicle somersaulted around Sandcrete, along the Lagos-Ibadan highway.

The Ogun State command of the Federal Road Safety Corps (FRSC) confirmed that 17 persons were injured in the accident, comprising five men and 12 women.

It was gathered that the lone accident involved a Ford bus with registration number, GGE584Y.

The vehicle was said to have suffered a tyre burst while speeding and this led to loss of control before it eventually somersaulted.

“The suspected causes of the lone crash were tyre burst, excessive speed and loss of control.

“The injured victims were taken to Victory Hospital, Ogere and the bodies of the killed were deposited at FOS Ipara,” Okpe said.

Meanwhile, the FRSC cautioned motorists to avoid excessive speed, while advising them to always check their tyres to know the expiration date.