A tragedy was recorded during a brutal street fight between two women dating one man in a video making rounds on Instagram. 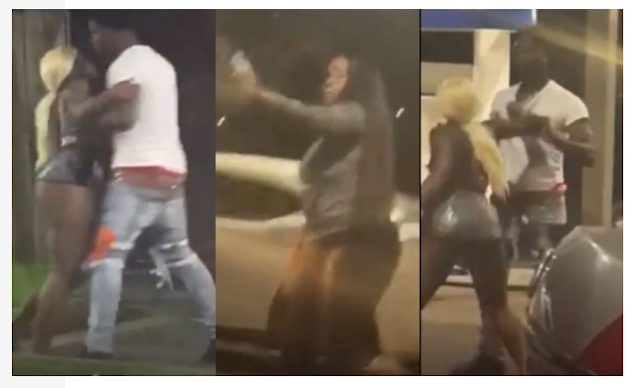 Per multiple accounts we gathered from the internet, the two ladies, one a side chic was furious that the guy had decided to ignore her and chat with the main chic who was deemed the wife of the man.

The other lady went berserk and started throwing tantrums including destroying the window of the man’s car.

While the man was seen trying to stop his woman from causing further damage to his car, the main chic pulled a gün and fired multiple times at the other one.

The footage did not reveal what happened thereafter but it was gathered the side chic died instantly.