Popular Nigerian female evangelist, Mummy G.O known in real life as Fummilayo Adebayo has been spotted at a joint drinking beer with a man. 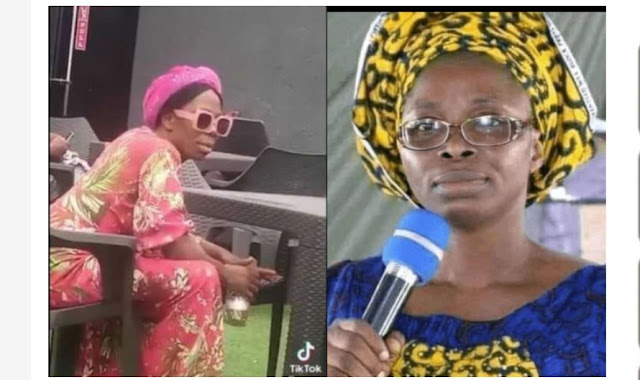 In the video, the evangelist was captured taking a sip from a drink alleged to be beer while discussing with the man who was also sitting beside the same table with her.

This video has since sparks massive reactions online as people don’t want to see evangelists in that situation since most Christians have tagged it as ungodly.

Mummy G.O has been going viral in recent times due to her controversial preaching and teaching in her church as he practically condemns things that are commonly used in society saying people will go to hell