A Central Criminal Court has sentenced a man to seven years imprisonment after he repeatedly had unlawful carnal knowledge of his biological sister for years in their family home. 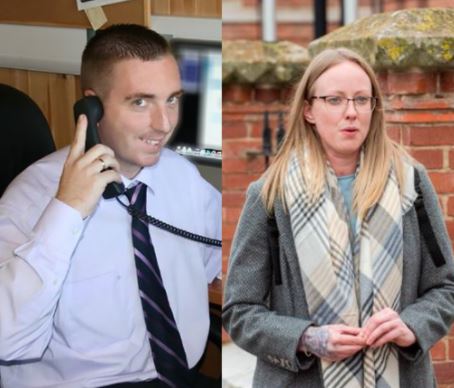 The judge noted that the victim could not remember a time in her childhood when she was not being s3xually abused by her brother, Echo Live reported.

Nora Hegarty, 35, has waived her right to anonymity because she wanted her brother to be identified for the s3xual abuse crimes, which occurred for several years in the family’s home in Glanmire in the 1990s.

Nora Hegarty said: “I did this for all the people out there in the same situation as me, so they might have the courage to speak out.

“I thought reporting it would break me but it made me stronger. I want to say to people in my situation, don’t be afraid, you have people to pick you up even if you feel like you cannot go on.”

The verdicts of the jury were not accepted by John Paul Hegarty.

Ms Justice Murphy said that by not showing any remorse or responsibility for his actions, he had refused the most significant mitigation in a sentence for s3xual crimes.

The jury were unanimous in the 23 guilty verdicts against John Paul Hegarty, who now begins an eight-year sentence, with one suspended.

The 41-year-old denied r*ping his younger sister over the three-year period but the jury did not believe him, with deliberations finding John Paul Hegarty guilty on 23 counts.

Nora was aged between 9 and 12 at the time of the sexual crimes against her, with her brother aged 15 to 18.

She thanked her mother for supporting her and hoped that nothing in the trial would damage the relationship between the two of them.

Ms Justice Murphy said: “Her mother found herself in the awful position of having to give evidence in a trial where her daughter was the victim and her son was the perpetrator”.

Ending her victim impact statement, Nora Hegarty thanked friends, family, police and her legal team along with Support After Crime for their help.

She added: “I would not have done it without any of you. You believed in me and helped me carry on. Thank you from the bottom of my heart.”