Legendary basketball player Kobe Bryant has been honoured with a statue together with his daughter Gianna ‘Gigi’ Bryant at exactly where they died to mark their second anniversary. 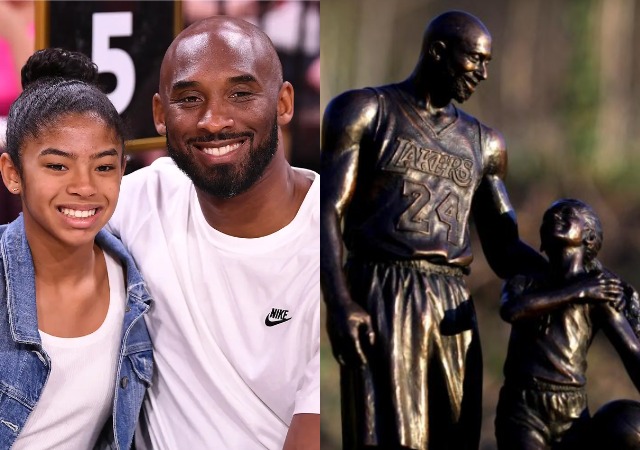 Moreover, an emotional tribute has been placed at the exact spot where Kobe and his daughter plus seven others crashed in California in a move to immortalize them forever in our subconscious mind.

The LA Times reports artist Dan Medina carried his 160-pound statue of Kobe and Gigi up a trail, placing it on the hill in Calabasas.

The base of the statue also includes the names of everyone who died in the helicopter crash. The inscription reads “Heroes come and go but legends are forever.”

Scores of people besieged the place to pay their respect to the NBA star and the others who lost their lives in the ill-fated helicopter crash with touching tributes.

Bryant was an all-time basketball great who spent his entire 20-year career with the Los Angeles Lakers. He retired in 2016 as the third-leading scorer in NBA history.

The bronze statue created by Dan Medina depicts Kobe and Gigi wearing basketball uniforms, staring at each other lovingly as Gigi holds her dad’s hand as it rests on her shoulder.

The sculptor had transported the 150-pound statue to its current home by himself. 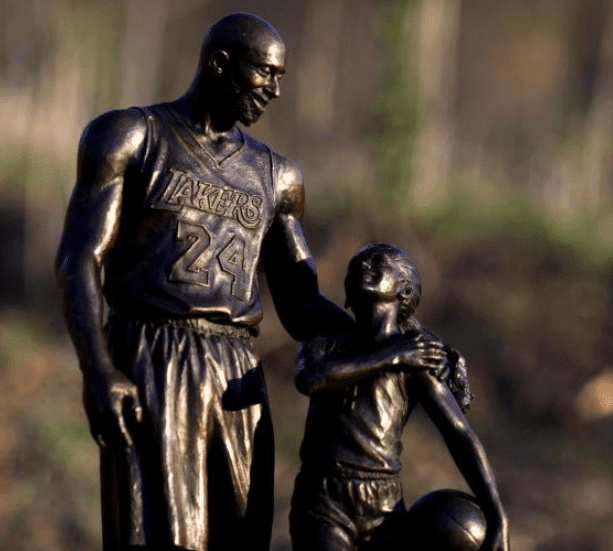