A married man has had the shock of his life after catching his wife in bed with another man while their newborn baby was sleeping in the same room. 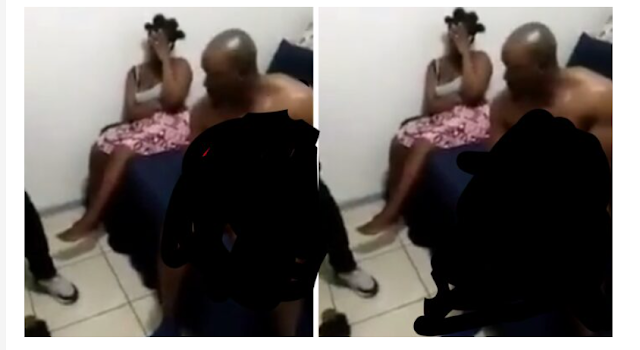 In a video that has surfaced online, the man could be heard confronting his wife and asking her why she had the nerve to sleep with another man when their newborn baby was in the room.

Meanwhile, Ghanaian songstress, model and entrepreneur, Sister Derby has decided to go all out for her new lover.

The young man who looks like Sister Derby’s ex-boyfriend was relaxing on a chair while she trimmed his nails.

After her public break up with Medikal, Sister Derby was single for a while but it seems she has finally found her better half.

Medikal got married to Fella Makafui and they have a beautiful baby girl together.

Watch video of them together;