A young man has escaped the cold grips of death twice on a highway. It has become clear that it’s not his time to die. 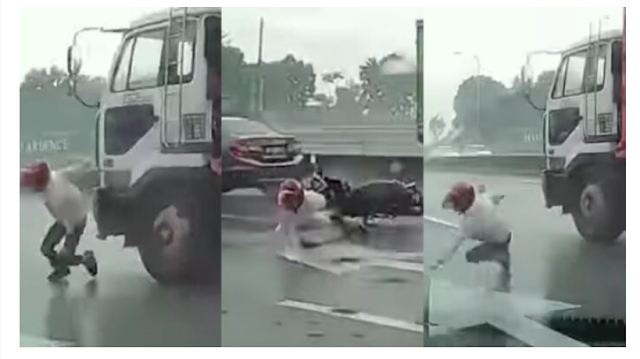 In a video that has surfaced online, the young man who was riding a motorbike suddenly veered off the road and fell off his bike.

Just then a huge track that was coming at top speed almost smashed his head but he was quick enough to slide himself off before the worst happened.

This has made people say that whatever force is protecting him is powerful enough to keep him alive.

Watch the miracle escape below;