A man was filmed forcing himself into a narrow cave opening before disappearing from sight. 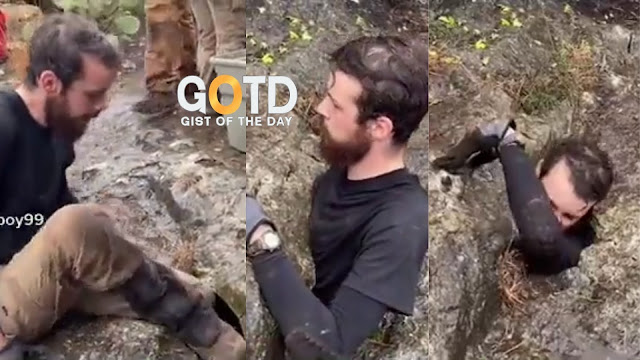 The man who makes a hobby of exploring and studying caves is seen gradually squeezing himself into a hole in the ground.

Because of the size of the hole, viewers didn’t believe he could fit in without getting stuck but he did.

Many who viewed the video said it gave them anxiety on his behalf.

The video was captioned with a warning that reads: “Do not attempt: done in the company of cave rescue class professional cavers”.