Sadio Mane showed a touch of class on Sunday evening, as he embraced his Liverpool team-mate Mohamed Salah following the Africa Cup of Nations final. 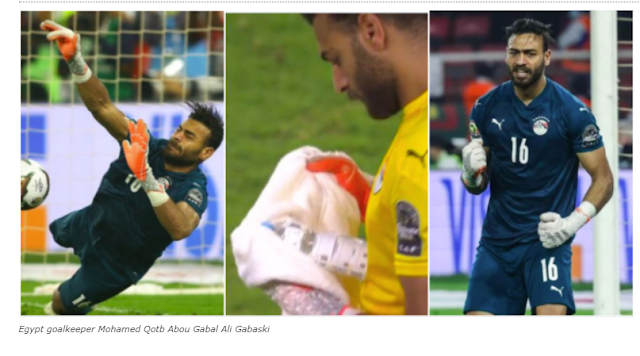 Mane’s Senegal defeated Salah’s Egypt on penalties to win the prestigious competition for the first time in his nation’s history.

Both Mane and Salah had suffered defeat before in the AFCON final, with Senegal losing to Algeria in 2019 and Cameroon defeating Egypt in 2017.

Mane – who missed a penalty in the opening minutes of the game – was the hero, as he blasted in the winning spot kick in the shootout. Salah, meanwhile, didn’t take a penalty.

The Egyptian was visibly emotional after Senegal’s victory was confirmed and Mane was quick to realise, giving his club colleague a hug and offering his sympathy.

Regardless of the fact that Senegal won the AFCON, Egypt goalkeeper Mohamed Qotb Abou Gabal Ali Gabaski deserves a mention as he stole the show as he saved two penalties to put the Pharaohs through to the final of the 2021 Africa Cup of Nations.

The Zamalek goalkeeper played the water bottle tricks on the Senegal players which paid dividends although they couldn’t win the ultimate.

Gabaski was spotted studying the preferred angles of Senegal players’ takers before every kick. He guessed right two times and was the hero of the night that saw no goal in 120 minutes.