A young man was left to his fate after he was caught with another man’s wife he sneaked out with on Valentine’s Day. 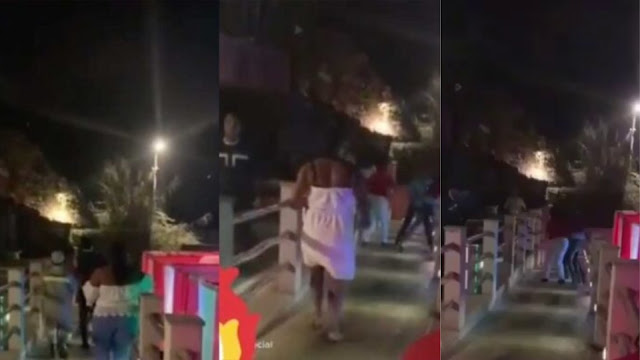 The video which was recorded by neighbors next door saw the husband of the cheating woman landing hefty blows straight to the face of the man who went out with his wife.

His screams attracted the attention of neighbors who rushed to the scene to save him from further beatings.

While he receive the beatings of his life, the cheating woman stood by and begged her husband to tamper justice with mercy but the man will have none of that.

A post shared by F.A.M.E (For All Made Equal) (@gh_gossip_corner)